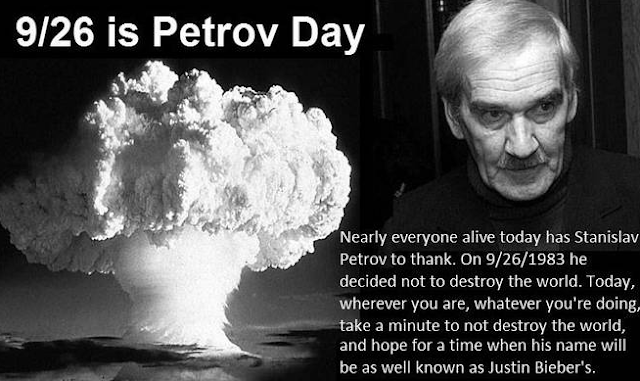 September 22, 2017 – Soviet Military Man Who Saved The World Dies In Obscurity At Age 77

Stanislav Petrov Dead: Soviet Military Officer Who Decided Not To Destroy The World Dies In Obscurity At Age 77

Mr Stanislav Petrov, a Soviet military officer who is widely credited with helping prevent a nuclear war with the United States, has died aged 77, his son told AFP on Tuesday.

Petrov, whose extraordinary story was told in a documentary titled “The Man Who Saved the World”, received several international awards, was honoured at the United Nations and met Hollywood superstars such as Robert De Niro and Matt Damon.

Yet Petrov lived in a small town outside Moscow and died in relative obscurity on May 19, his death making headlines in Russia and abroad only months later when a German friend wrote a blog post about his death.

In September 1983, Petrov was an officer on duty at a secret command centre south of Moscow when an alarm went off signalling that the United States had launched intercontinental ballistic missiles.

The officer — who had only a few minutes to make a decision and was not sure about the incoming data — dismissed the warning as a false alarm.

Had he told his commanders of an imminent US nuclear strike, the Soviet leadership — locked in an arms race with Washington — might have ordered a retaliatory strike.

Instead the 44-year-old lieutenant colonel reported a system malfunction and an investigation that followed afterwards proved he was right.

Petrov came home only several days later but did not tell his family about what had happened.

“He came home knackered but did not tell us anything,” his son Dmitry said.

Several months later Petrov received an award “for services to the Fatherland” but the incident at the control centre was kept secret for many years.

In 1984, he left the military and settled in the town of Fryazino some 20 kilometres (12 miles) northeast of Moscow.

Petrov’s story only came to light after the fall of the Soviet Union in 1991 and over the years he became the subject of numerous media reports in Russia and abroad.

A modest, self-effacing man, Petrov never thought of himself as a hero, said his son.

“My father could not have cared less. He was always surprised that people were making a hero out of him,” he said.

“He simply did his job well,” Petrov’s son said, adding that his father received some hundred letters from Europeans thanking him for averting the outbreak of a nuclear war.

“The Man Who Saved the World”, a documentary film directed by Danish filmmaker Peter Anthony and narrated by US actor Kevin Costner, was released in 2014. 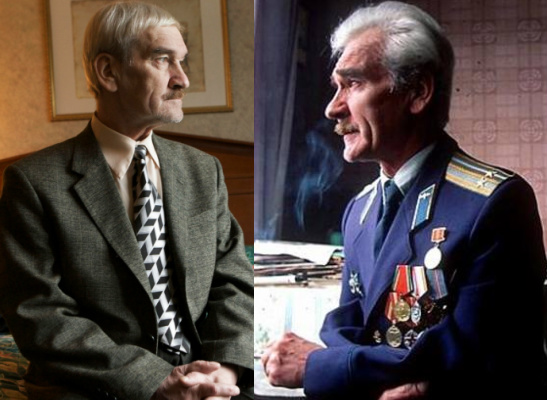 Footage of the elderly Petrov is combined with re-enactments of what happened at that secret control centre in 1983.

“I categorically refused to be guilty of starting World War III,” Petrov said in the film. “I felt like I was being led to an execution,” he said of those dramatic moments.