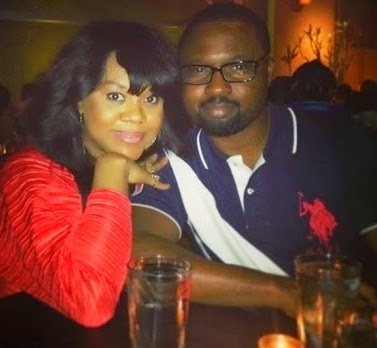 Daniel Ademinokan Left His Wife Doris Simeon Bcos He Wanted To Stay With Me, Our Relationship Is Here To Stay

This is the exact word of Nollywood actress Stella Damasus in a tell-it-all interview she granted on Golden Icon TV few weeks ago.

The mother of two narrated how she married her late husband Jaiye Aboderin at age 21 in order to have children early.

She also talked about her 2nd marriage that crashed few months after her wedding.

In conclusion, she lashed out at her critics for poke-nosing into her bedroom matter #lobatan

Why I Got Married At Age 21

“I always wanted to start early. I always wanted to have children early. I wanted to have a marriage early, I wanted to grow with a family. I wanted to learn the inside of it, I didn’t want to wait and grow, and mature, and become big and famous then start to wonder ‘oh, will anyone marry me now’. So at that point looking at my life, I said, if I do this for another five (5), six (6), seven (7) years, and I don’t start a family, it will become more difficult for me later on. And so, I decided if I find somebody who I love, who will love me back, we will go together. We will fight all the fight, make up, we will do whatever, but we will grow old together. And that’s what happened.

My Relationship With My Daughters

When you see the three of us, and you see my daughters, you will think we are sisters. And we talk as friends. So it was an important thing for me. To have a family, and have that…I needed something to check me. We have a tendency to be crazy and do whatever we like because we could get away with anything, we could travel all over the world, we could get people to like us like this (snaps finger), we had money to throw around. If I don’t have that family unit to check me, I don’t know what I would have become and I won’t lie about that.”

They say time heals. I say, I have a different definition, I say time numbs. It is not something that heals, and then that’s it, it’s gone, it’s gone, No. This is someone you planned to spend the rest of your life with, and grow with. We made plans, like every other couple. And when that happened…he died when I was 26 with two children. I just felt that my life had ended. So, but with time, this year, December 3rd will 10 years, one full decade. So it is not healing, I won’t call it healing but I will say it numbs it and once in a while, it comes up and the pain is as fresh like yesterday but it is how you deal with it that matters.

And that’s what I have had to do for the past 10 years but I am very grateful for the family I have, for the people I have around me. For that, you need a lot of strength. God helped me through it all.”

When you see a man who has settled ties with a woman and decides to move on with his life and you feel that there is something in this man that you like and he likes you. I am not a kid. I am 36 years old. I am not about to start hiding myself. I was waiting for somebody to actually ask me this question, because all I have heard for the past two, three years are rumours. They said, blogs said, this said. Nobody has been bold enough to confront me and ask me. 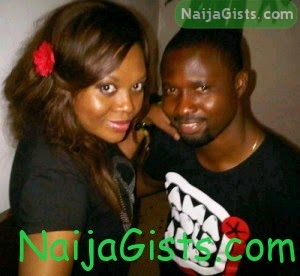 One of the comments I have seen consistently, over and over again, is ‘Stella snatches somebody’s husband’, ‘Stella the husband snatcher’, which is what has been going on. And I had sworn that I would never talk about it, or even listen or stress myself about this thing but I have decided to do this now, so that I end this once and for all.

First of all, let me paint a picture for you and you let me know what makes sense to you. When I looked up the word snatch or steal, ehh, let’s go to the dictionary. It means, forcefully taking something away from its original position. Forcefully. From its original position to another position. Something that does not belong to you. That’s what I gathered from the word snatch or steal.

So I looked at me, Stella, and I wondered to myself, how is it possible to go to somebody’s home, and take a man, and take his son, away from his home and say follow me. You are a man, and according to their story, he is happily married inside his home. With his family complete and I walk into that home, to forcefully take a man, abled bodied man, and a kid, away from somebody’s hand and you are there looking at me. How does that work?

Both parties have decided this thing is not going anywhere, and they have gone their separate ways, why is it that it easier for the world to blame the woman that the man has decided to end up with? Why is it that it is always that woman that scattered that home? The two people that did things that nobody was there, nobody said something must have happened between this two people but it is always somebody else that is the problem. And I always say, I do not tolerate blaming anybody for your own problems. I have had problems.

Why My 2nd Marriage Crashed

After my late husband’s death, I got married again and the marriage didn’t work. After eight (8) months, it crashed. People didn’t hear much about it, why? We were both mature to understand that we came together, we knew that the thing was not working, instead of us to become enemies we will remain friends, let’s just let it go quietly. And we let it go quietly. I didn’t blame anybody else for doing it, he didn’t blame anybody else for doing it.

My relationship with Daniel Ademinokan is here to stay;

Not at all we are not going to separate, not at all. You know why? Because my conscience was clear. Whatever issues a man has with his wife or whatever, when they deal with it, they deal with it, I don’t come into it. And once you are done with it, and ready to move on, and you want to move on with me, and I want a life with you, it’s me and you.

I don’t care what anybody else is thinking or saying. Because I am not a kid for me to make a decision and say I want to be with this person. If I marry 10, it concern you? That’s what I used to say.

Stella Damasus just made matters worse with this new interview.

All she said above is a proof that she snatched the guy from his wife.

If she’s bold enough to confront critics, why did she left Nigeria from that time and never returned????