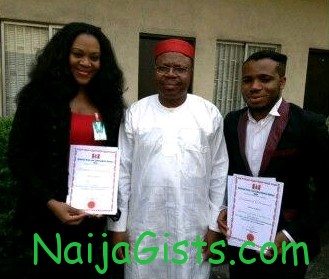 The two stars made history on Monday morning for being the first appointees of the drug enforcement agency.

If you can remember, Nigerian actress Stella Damasus was disgraced by NDLEA officials at Lagos International airport in November of last year after she was accused of smuggling drug.

According to a school of thought, this is a smart move by the NDLEA to appease the actress.

That being said, congrats to the two of them.