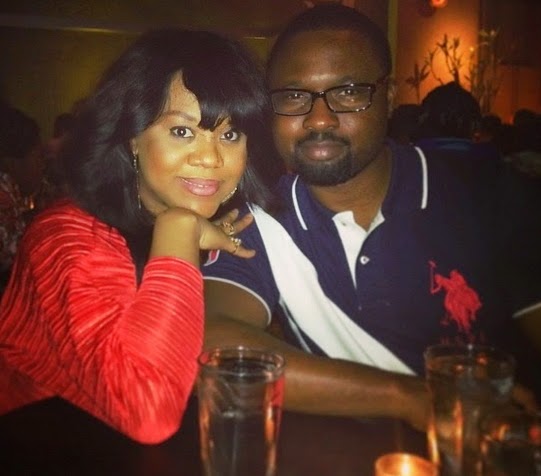 June 9, 2014 – Stella Damasus To Apply For Political Asylum Status In The United States Of America; How She Faked Assassination Attempt To Qualify

You must have read about the assassination attempt on Nollywood actress Stella Damasus’ life in Abuja.

As earlier reported, sources close to Stella and Daniel claimed 12 armed gunmen attacked their home in Abuja asking for Stella.

The hired killers reportedly came to kill Stella because of the video she released on the Chibok girls where she warned the Nigerian Federal Government.

To cut the long story short, in an exclusive email NaijaGists.com received this evening, the source said there is nothing of such and that no hired killer came to Daniel’s house.

The source who claimed she is their next door neighbour said she learnt that Stella Damasus’s 2 year visa is about to expire and she’s just planning to use the assassination attempt as a ground to seek Asylum status in the United States.

The source who requested anonymity said the assassination email was sent to media houses in Nigeria by Stella and her allegedly snatched hubby, Daniel Ademinokan to gain popularity so as to qualify her for Asylum status in the US.

Fews days after the supposed threat, Stella took to her Twitter page @stelladamasus to say:

“That is what Nigeria is known for, you say the truth… They try to silence you! it wil not work on Stella Damasus. I cannot be intimidated
No form of political bullying or intimidation will work! you can’t shut me up! I will stand and speak the truth regardless of your tactics.”

All I will say is that no matter what anyone tries to do, it will not stop me from speaking the truth and standing up for the rights of women and young girls.

These are the kind of things that make people scared and run away from standing up for their rights. It’s a pity that we say Nigeria is a democratic country, but where is the democracy when people cannot speak their minds for fear of threats like this or danger of being killed.

I am not one of those who shout in the morning and then at night I go behind the public and accept “Ghana must go” from those who are causing these problems.

We all see what is wrong and what is going on, shutting me up will not put an end to the issues we are facing. If we don’t deal with these things now, what kind of society are we leaving behind for our children and their children? Definitely not a place where they can live in freedom and peace.

This is not a popularity contest but about speaking the truth and standing up for what is right.

They should shift the focus from me and place priority on the matters at hand, and place it on the safety of Nigerians, rescuing the abducted girls, deleting the bill that legally puts our little girls in the hands of pedophiles, paying attention to the amount of women dying from domestic violence daily, unemployment, inadequate health care, proper education, pension funds, economic development and all the other things that are affecting the nation.

We expect her to either remain silent on this matter or debunk it as usual… that is how celebrities play their game.

Smart Stella… Hope she gets her case approved.