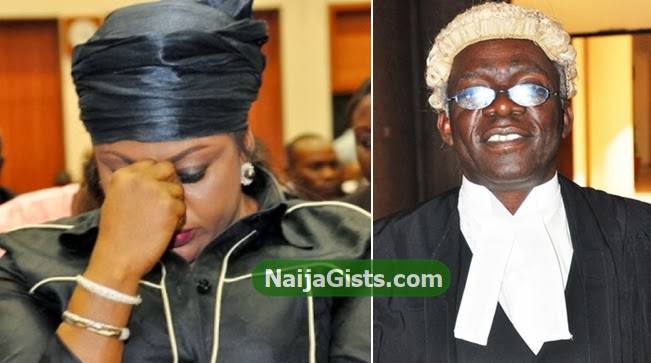 In a letter to the EFCC titled “Request for Investigation of economic crimes of fraud and extortion of the sum of N255 million by the Aviation Minister, Ms. Stella Oduah,” Mr. Falana stated that the EFCC was “no doubt aware the Minister of Aviation, Ms. Stella Oduah, recently caused the Nigerian Civil Aviation Authority (NCAA) to purchase two bullet proof vehicles for her at a cost of N255 million.”

He described the purchase of the two cars as an “outrageous prodigal action,” and dismissed the excuse offered by the minister’s spokesman, Joe Obi, to the effect that the cars were bought because “Ms. Oduah’s life has been under threat due to the so-called reforms in the aviation sector.”

In the letter, which was signed by Samuel Ogala, Mr. Falana noted: “Apart from the fact that the said threat to the life of the Minister was never reported to the police, the extortion of the sum of N255 million from the NCAA, a parastatal under the Ministry of Aviation, is fraudulent in every material particular.”

He drew the EFCC’s attention to the fact that “the said sum of N255 million was not appropriated by the National Assembly while the officials of the NCAA who authorized the expenditure of the sum of N255 million exceeded their approval limit.” He also accused Ms. Oduah of grossly abusing “her office by extorting the sum of N225 million from the NCAA.”

He asked the anti-corruption agency to “investigate the economic crimes of fraud and extortion committed by the Aviation Minister, Ms. Stella Oduah, and her cohorts in the NCAA.” He added that he would file a lawsuit at the Federal High Court seeking an order to compel the EFCC to carry out its statutory duty if the agency fails to act within the next seven days.