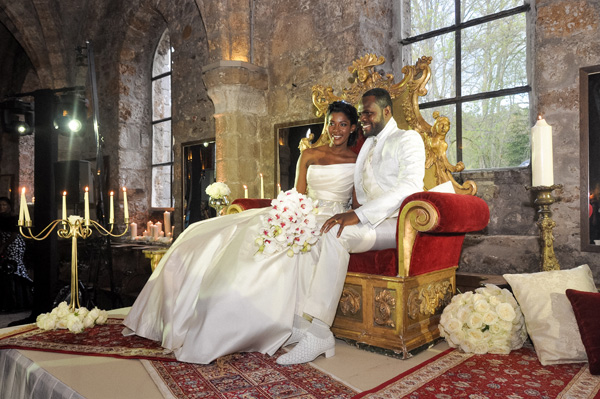 Nollywood actress Stephanie Okereke and her husband Linus Idahosa on Sunday 21st of April 2013 celebrated their one year wedding anniversary.

The lovers who got married on the 21st of April, 2012 in Paris are set to welcome their first baby any moment from now.

Stephanie Okereke is pregnant and she is said to be in her 3rd trimester.