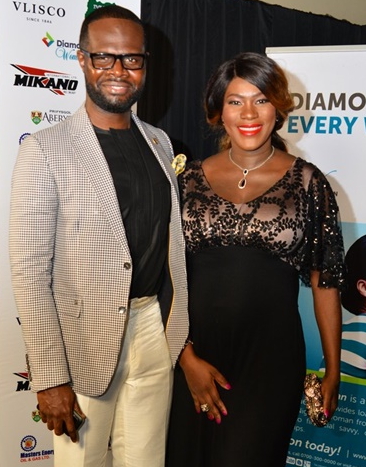 August 12, 2015 – Stephanie Okereke Linus: Why It Took Me 3 Years After Wedding To Get Pregnant

Stephanie Okereke who married in April 2012 has finally opens up on why she postponed baby making till now.

The soon to be mother  stated reasons why it took her 3 whole years to settle down and conceive.

Hear what she said in the latest issue of GMagazine

“‘Waiting this long to have a baby is a personal choice and God ultimately decides. You have to be ready mentally and physically. I had a lot of films I was shooting and I was traveling a lot too. My movie is out now and I cannot even promote it across Africa like I wanted to do because I am stuck in one place. “It’s also God’s timing. Neither my husband nor I were pressured. I feel this is the right time for it to happen. Right after we got married, I was on set shooting. But this year was different. It’s the perfect year for me to year to get pregnant.”

Stephanie Okerekere miscarried two times in the course of her 3-year-old marriage but as God will have it, she is expecting her first child any moment from now.