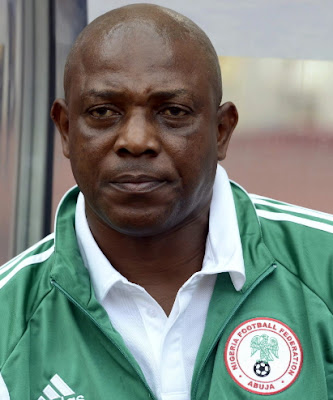 Wednesday the 8th of June 2016 will be a memorable day in the history of Nigeria as the Nigerian Football Federation just lost a giant.

The former coach of the Super Eagles, Stephen Okechukwu Keshi has passed on to glory.

His death came exactly five month after his beautiful wife, Nkechi lost her battle to cancer.

According to family sources, Keshi who has battled hypertension since death snatched his better half away gave up the ghost while vacationing at his mansion on Airport road in Benin in the early hours of today.

The sportsman reportedly complained of leg pain before he was rushed to the hospital where he gave up the ghost at about 3:17am when his heart suddenly stopped beating.

His family member, Emmanuel Ado who announced the death in Delta State today said Stephen Keshi who died peacefully today is at peace with his wife who passed away on December 9, 2015.

Ado said Keshi has been inconsolable since he lost Nkechi Keshi to cancer.

Keshi was planning to travel out of Nigeria to seek treatment when he died of cardiac arrest today.

His corpse has been transferred to Faith Mediplex, a private mortuary near his vacation home on the Benin Airport road in Edo State.

Keshi who passed at the age of 54 is survived by four children and an aged mother.