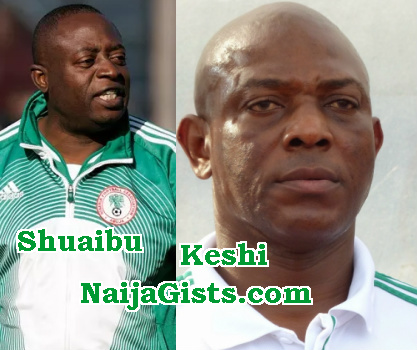 Fans of Popular Nigerian coaches, Shuabi Amodu and Stephen Keshi who died before their time this week are very worried.

While many attributed their deaths to taboos in Benin Kingdom, other alleged that these great men belongs to a secret society.

Although there is no way this can be validated, the fact still remains that the death of these legends is highly questionable.

Amodu was buried today while the body of Keshi is still at Stella Obasanjo hospital in Benin awaiting final autopsy result.

May the soul of these great legends rest in peace.