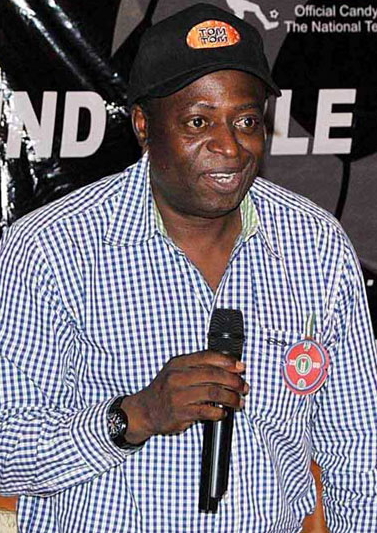 Prince Kassim Afegbua, the cousin of late NFF Technical Director, Shuaibu Amodu has narrated how the football legend died in the early hours of Saturday at his home in Benin city.

On how Amodu died, Afegbua who described himself as the cousin of the late coach said:

“We were together yesterday. He came to my house in the morning and we were discussing the death of Keshi. He told me he would be travelling to Okpella this morning (Saturday.) Later in the day, he was at the police station to see one of the family members who was arrested.

“Later in the night, he complained of chest pain, and we called a doctor to check his blood pressure and it was 140 over 100. He was advised to take his drugs and also stop participation in the Ramadan fasting.

“He later led the Tarawih (Muslim fasting prayer) for the family. And after the prayer, he went to bed after eating.

“He was discovered dead in his room at about 4 a.m. today when they went to wake him up for the (Suhur) morning prayer.

“If you see me shedding tears, it is not because Shuaibu Amodu is dead. I was trying to reach him several times yesterday but his line was not available, which was unusual. But I eventually got him in the evening and he told me he was at the police station, that he was there to bail one of his relations.
“I eventually went to meet him at the police station where I told him I’ve brought the driver he requested and he said we should meet by 10 this morning to interview him. And this is the meeting,” .

Izilien suggested that Amodu’s death is mysterious as he didn’t show any sign of serious illness before he went to bed.