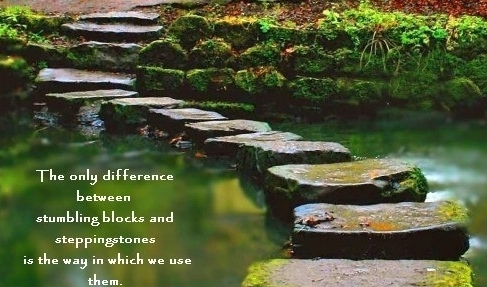 I’m Just Too Much Part II By Lanre Amodu

Last week, we shared the story of Motorola and its landmark achievements in pioneering remarkable technologies like the first hand-held walkie-talkie; the hand-held AM SCR-536 radio used during the World War II; and even the radio equipment Neil Armstrong used to contact earth from the moon.

We, however, observed that the company is no longer a major force in the market because it lost its competitive edge. One major reason we identified for Motorola’s fall from grace is that “first doesn’t mean best”. When imitators begin to offer a better version of a product, pioneers had better watch out. Today, we shall discuss a few other reasons Motorola lost out:

The stumbling block called success: one of the best ways to deal with success is to quickly put it behind and face the next goal. Success is progressive so it has no end. If you are done innovating then good for you; someone else is taking over! Knowledge doesn’t stop with what you know.

Where one person’s expertise ends is where that of another begins. We must be willing to admit that there is something out there that is more than what we currently have. This is the ever learning attitude that can keep us relevant in life. While we are celebrating our achievements, someone else is working on an improvement on our efforts. There is no time to take a break from innovation.

Disconnect from the end user: it was reported by Network World that Motorola missed the opportunity to migrate to 3G because the US Wireless Carriers, its biggest customers, weren’t interested in it. Unfortunately, the end users were ready for the migration. We cannot overemphasize the importance of staying in touch with every level of those who use our products or services.

The question we need to ask is “who do we need the most?” Middlemen are a means to an end; users must be our priority.

Failure to adapt to changes: I found this very strange considering Motorola’s commitment to research and development. However, we cannot deny that the company’s technology gradually became obsolete in the face of competition. Finding out new ways of doing things is the way to the future. Steve Jobs had this to say, “I think if you do something and it turns out pretty good, then you should go do something else wonderful, not dwell on it for too long. Just figure out what’s next.” We must not be too enthralled with our achievements to realise that the world has moved on. We must accept that people are too restless and dynamic to celebrate our successes for eternity; before we know it, they are looking for the next best thing.
When a problem lingers, it may be an indication that the current level of information is not adequate. According to Albert Einstein, “You can never solve a problem on the level on which it was created”. If it is true that every solution to an existing problem creates other problems of its own, then we must never be satisfied with yesterday’s solutions. What we know now may be good enough to solve today’s problems; but make no mistake, it will never be adequate for tomorrow. We must never become “too much” to realise we have stopped learning for “so long”.

I look forward to reading your stories of great successes and your comments.

Continue Reading
You may also like...
Related Topics:block, stumbling, success