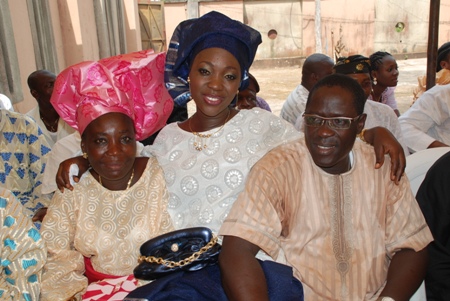 The secret sins of one of the most respected actors in Nollywood, Taiwo Hassan Ogogo has been exposed.

Unknown to many of his fans, Ogogo has a secret child who is currently studying in the United States of America.

The yet unidentified boy is said to be the product of a one-night affair the actor had with a lady who featured in his first movie titled “The Wicked Boy” back in 1993.

Ogogo and the lady met each other on the movie set and ended up on the hotel bed. They had a short moment of enjoyment which resulted into pregnancy.

The lady reportedly leaked the secret to colleagues in a bid to remove the ‘bastard’ stigma on her son.

Ogogo’s secret son is said to be 5 days older than the actor’s first daughter, Shakira.

The actor is yet to address this in any of his interview. No secret can stay buried….