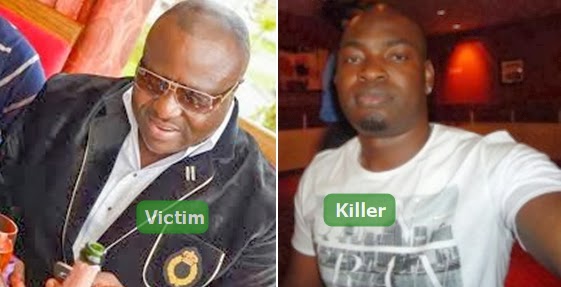 A Nigerian man has killed his fellow citizen in Swords county, Dublin. Jooda Akanbi, 37 has been charged for the murder of Taiwo Jamani, a 45-year-old Dublin-based socialite and business man. 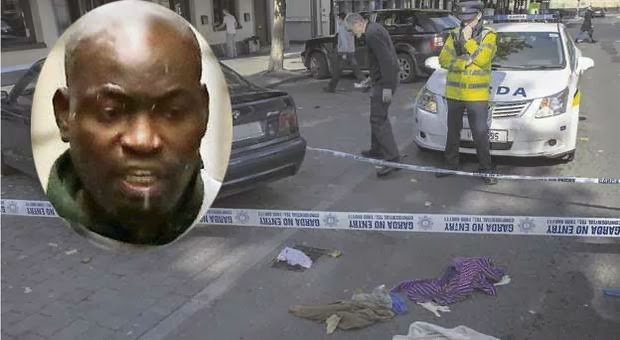 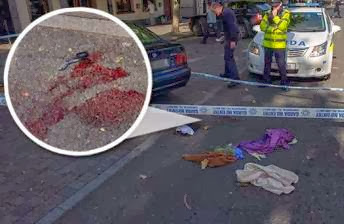 Bloody scene of the attack.

According to a source, a big fight broke out between the former business partners  in Dublin last month.

One thing led to the other, Jooda Akanbi was pissed off. He immediately reached for a baseball bat in his car and hit Taiwo on the head.

The attack happened on the 10th of October 2013 in broad daylight on Main street around 12:20 in the afternoon.

Late Taiwo Jamani, was an HR Guru who owns Data Link Company in Dublin. He suffered  serious injuries to his back and neck after his own friend attacked him. An eye witness told police that the two men first began shouting at each other, then they were pushing and shoving…

“I think one was waiting for the other because the boot of his car was open and there were two bats in it even before the fight began. Then the man with the bat held it high over his head and brought it down hard on the other man’s head and he just slumped to the ground. It was shocking. It’s not something you expect to see,”the eye witness said.

Taiwo Jamani was immediately rushed to the hospital and after over one month in coma, he passed away on Wednesday November 13th, 2013.

Jamani gave up the ghost at the Beaumont Hospital in Dublin at age 45.

His killer, Jooda Akanbi has been arrested for murder.