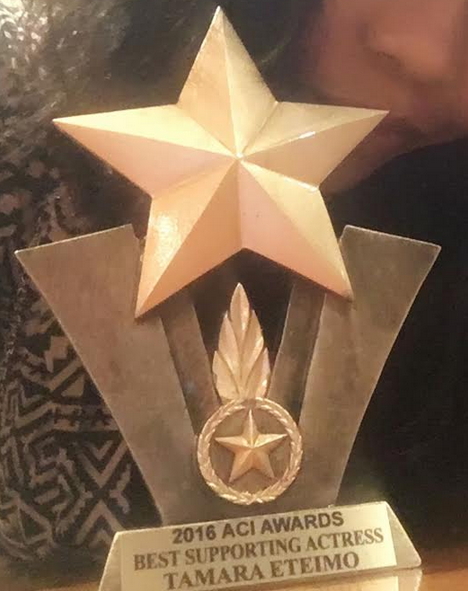 Oct 26, 2016 – Nigerian Actress Tamara Eteimo Wins Award For Best Supporting Actress In The US For Her Role In Fallen Nollywood Movie By Uduak Isong

Nollywood actress Tamara Eteimo is celebrating a big achievement in her career. She recently won the 2016 African Culture Image Award in the USA as the Best Supporting Actress. She clinched this award for her role in the movie ‘Fallen’ produced by Uduak Isong Oguamanam.

The actress who was excited about her win, thanked her fans for their votes and support.

“This is my first official award apart from winning the New York Film Academy recognition as the best acting student and the Next Movie Star Reality Show, both in 2011. Thanks to the most high who didn’t only make this possible but did it in a very beautiful way. Many thanks to my fans who supported me with their votes. My love for you all is unquenchable.” 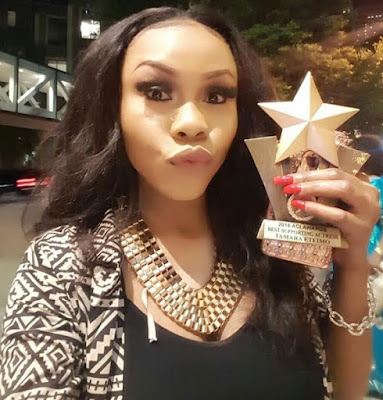 The event took place at the Scadshow Theatre in Atlanta, Georgia. Tamara is also up for other awards this year as she has been nominated for the Actress of the Year, Scream Awards 2016 and the Actor of the Year, Niger Delta Advancement Award 2016.

Continue Reading
You may also like...
Related Topics:tamara eteimo awards