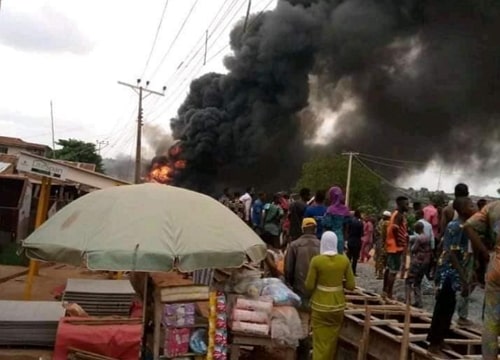 At least 2 persons died today with several others injured in a fire outbreak caused by a fuel tanker which exploded at Moniya area of Ibadan.

The fully loaded tanker reportedly lost control while descending a slope beside a gas station at Moniya, crushing a vehicle travelling to Ogbomoso.

It was gathered that several shops, cars, motorcycles, excavator including the motor park close to Akinyele Local Government Area headquarters were destroyed by the inferno which lasted several minutes.

Many traders and residents in the area scampered for safety from the flames after the tanker caught fire.

See some photos from the scene of the inferno below 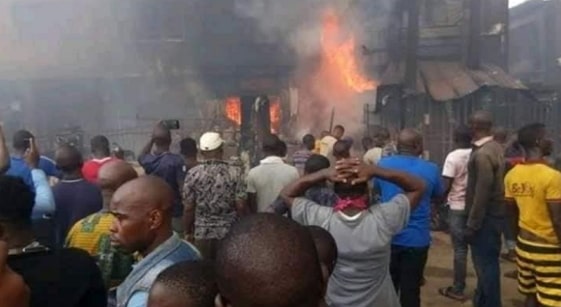 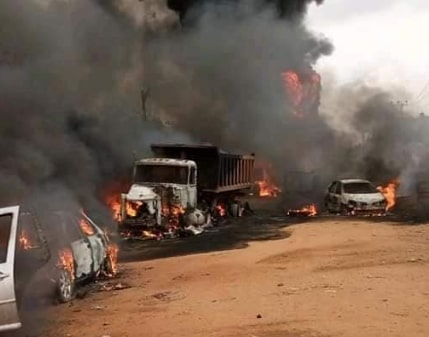 Nigeria Evacuates Citizens From UK, Places Them In Isolation In Abuja
Who Will Settle The Boys And The Ogas At The Top?