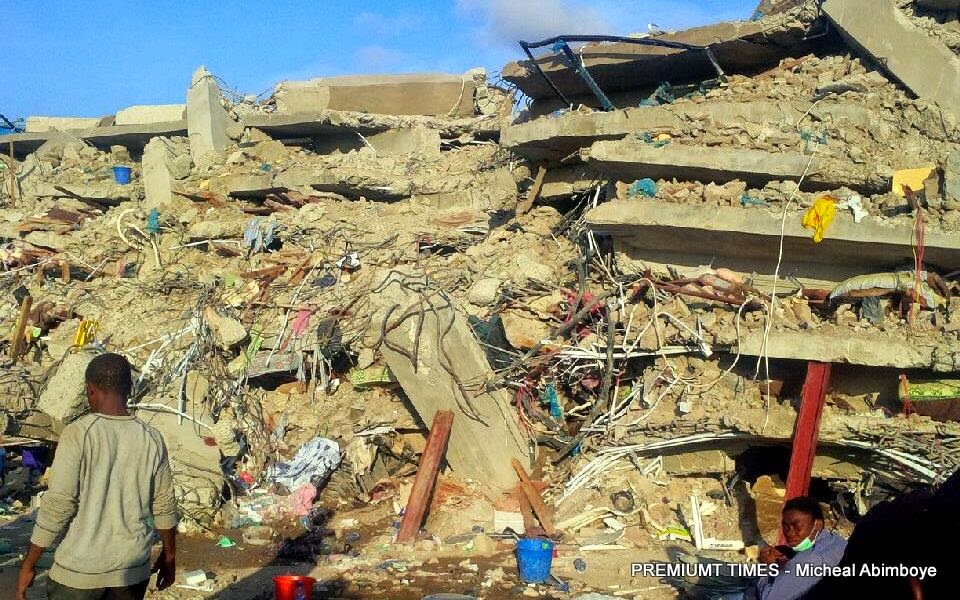 In a new briefing yesterday, the founder of SCOAN church that collapsed in Ikotun area of Lagos on Friday said that the building was attacked by a strange aircraft aimed at him.

Temitope Joshua said the strange aircraft that hovered over the building severally before it collapsed was sent to kill him.

To back up his claim, TB showed reporters a CCTV footage of a flying aircraft over the building that collapsed.

He also used the opportunity to apologise to journalists attacked by his church members while covering the collapsed building on Friday.