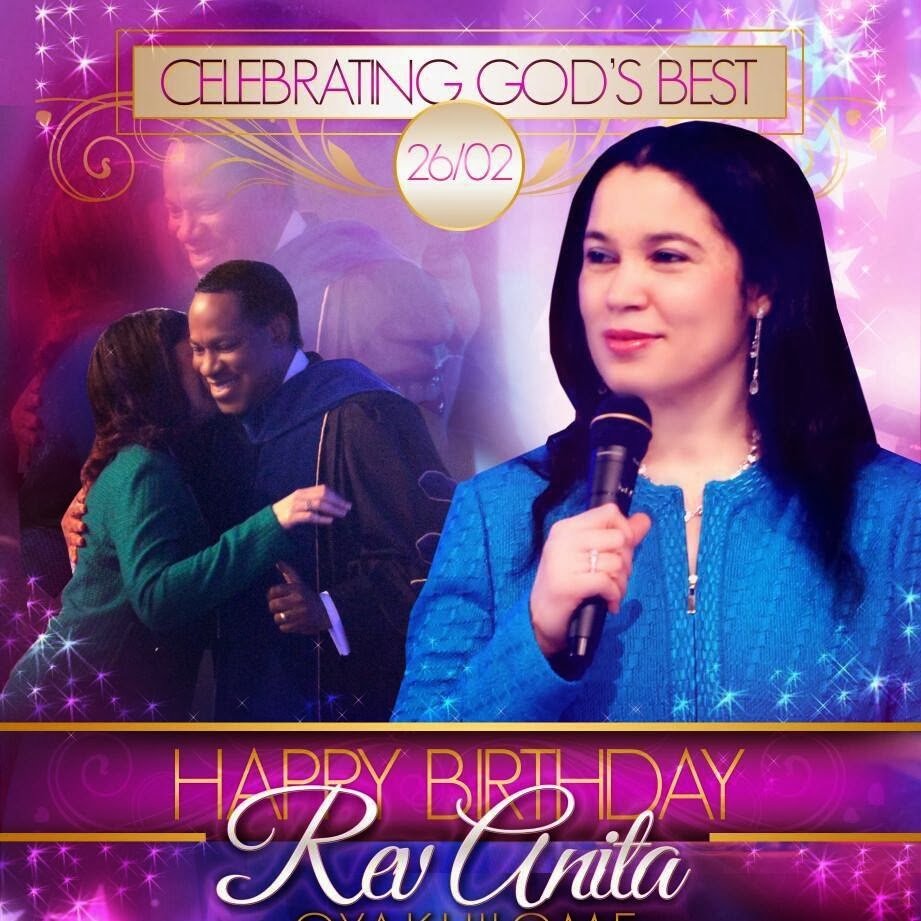 An official Facebook page that initially informed the public about Pastor Chris Oyakhilome’s marriage crash recently received an open letter from an anonymous member of the Christ Embassy’s Executive Council.

The anonymous CEC member raised concerns about Pastor Chris’s open response to his divorce saga during the last communion service where he talked at length about his wife and used some ‘filthy’ words least expected from him.

“First, I apologize to anyone who may be offended by this letter which I have addressed to my close CEC brethren. I am the last person to write against Pst Chris in the public because I have been blessed by God through his teachings. However, after several weeks of silence on the divorce saga, I am glad Pst Chris finally spoke about it during the monthly global communion yesterday.

I am very concerned about the way this issue is being handled since inception more than what actually happened. If anyone presents concrete evidence to back the adultery allegations against Pst Chris, I will be one of the first few people who would find a place in my heart to forgive him for two mains reasons:

(1) He is not God, but human being like everyone; (2) for his unprecedented contributions to the body Christ, especially through his teachings.

Outlined below are 7 major concerns from Pst Chris’ response:
1) “Pray for Rev. Anita.” Is Pst. Chris insinuating that Pst. Anita is the problem, hence, she needs prayers? Even if she is the problem, it is very wrong to make ridicule of your spouse in public. I think the whole family (father, mother, children and relatives) are directly affected by this saga. I expect him to ask CEC members to pray for his entire family and not his wife only. From all indication, I think Pst Chris needs prayers more than anyone else. This is a display of arrogance and pride, which ultimately leads to destruction.

3)”crazy and stupid allegations….silly” I have known and followed Pst Chris for several years. I have known him to be very cultured, gentle, and someone who knows his audience. I was surprised he used such filthy words while addressing his members on the issue yesterday. I think these are distinguished characteristics of is angered, frustrated and nonchalant.

4) “If you are married to a man of God, it doesn’t make you automatically mature……But some people expect the wife of a minister to definitely be at the level of that minister and so they may be looked upon and the expectation may be like that, but it’s a positional thing. If a man of God is married, it doesn’t automatically mean that the wife of a man of God is therefore a woman of God. That’s not the way it is in the Bible. That’s why you don’t really find the wives of men of God mentioned in the Bible. How many of them? Who was Peter’s wife, did you ever know her name? You never find that out. Who was John’s wife? Did you ever read the name? What about all the other Apostles? How many of their names are written in the Bible?”

I believe this was in line with the speech he gave during a meeting with Pastors and Deacons in the UK few months ago.
I believe there is no human relationship (including marriages) that doesn’t have its own challenges. I am surprised Pst. Chris could openly treat or regard his wife with contempt and disrespect. I wonder if this is the same Pst. Anita I know? Is this the woman that was highly regarded as “the grace of CEC?” Is this the woman that was the Vice President of BLW until lately?

5) After Pst Chris finished his speech, I heard loud cheers both within the congregation I was seated and those who were with him on set. Notably was Pst Joy Amekhiena, raising her hands up in jubilation, praise and support. I was utterly shocked! She is supposed to be a wife, mother, pastor and close associate of Pst Anita. Now Pst. Anita suddenly became a bad person! I am really disappointed.

6) What was the reason CEC regional pastors were assembled and showcased to the whole world yesterday. We have witnessed several global communion services, but this last one was different in quality and display. I believe the aim was to create perception in the minds of the general members that all is well. Hearing the testimonies from various pastors about their achievements in the month of August, almost made me cry. Some of the information presented by the pastors were misleading. Most notably was Pst Uche Onubogu (Bermondsey, London), where he stated that his zone won 10,000 souls through ROR distribution. I immediately sent a text message to my friend in his zone to confirm, he replied by saying “let that pastor dey lie to the whole world……how many members do we have in this zone?” From all indication, it is obvious Pst Chris, over the years, has surrounded himself with lots of sycophants, who act obsequiously for personal gain. This is dangerous for anyone who is a leader of an organization such as CEC.

7) I have seen lots of posts on social media reaffirming their love and support for Pst. Chris since yesterday. There is absolutely nothing wrong in doing that. However, do these people really think they love Pst Chris more than Pst Anita? Never! Remember this is his wife, mother of his two daughters, and Vice President of Central Executive Committees of BLW. It is obvious most people don’t really know this woman is. Her simplicity and gentility is exceptional and unparalleled.
I beseech you brethren to please continue to pray for Pst. Anita as instructed by Pst Chris. I know she is going through a lot as a wife, mother and leader. I can provide detailed factual record of the personal sacrifices she made for the CEC and her family. But each time I tried to put them down in writing, tears ran down my chin. Most importantly, let us continue to pray for the family, especially Pst Chris, as the anchor, foundation and leader. It is his calling to reflect the creative and cultivating nature of God. The inherent purpose and God’s original blueprint of all men is fatherhood. It is obvious the devil is up to something bigger – the body of Christ.
I believe CEC boat is being rocked to steer us in the right direction. If you are sincere, you will agree with me that we are drifting from the core values of Christ as a ministry. I am pained and saddened about this recent development! It is never too late……..
Finally, the Bible says, “To whom much is given much will be required.” I am only doing what Paul did to Peter (who was given great responsibility by Jesus Christ Himself) in Gal 2:14-21. When Paul saw that Peter’s actions were leading others astray he called out Peter in FRONT OF THEM ALL. My philosophy is private sin = private discipline; public sin = public discipline. See also 1 Timothy 5:19-21. I am not saying the allegations are true, however, the way the issue is being handled by our leaders is wrong.