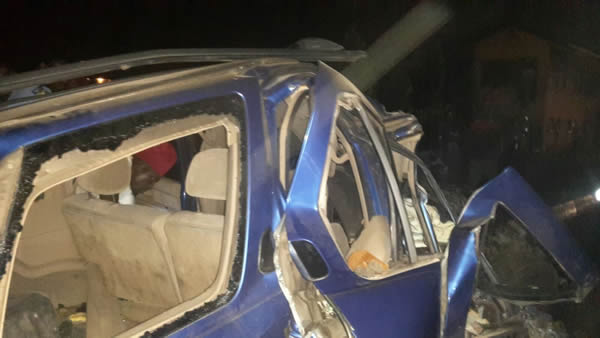 An heavily pregnant woman died on Sunday at the Ikeja Along bus stop on the popular Lagos-Abeokuta Expressway in Lagos.

According to eyewitnesses, a speeding Honda CRV crashed into the Nissan Pathfinder taking the deceased woman, her daughter and her husband to an unknown destination around 10pm.

The impact of the crash forced the driver to lose control and collided with a fully-loaded passenger bus.