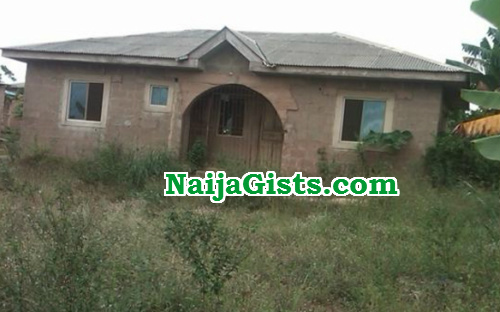 There was disquiet at Ekoro Road area of Meiran in Agbado Oke-Odo Local Council Development Area of Lagos yesterday over the murder of a 31-year-old father of two, Samuel Onatayo. Onatayo was allegedly stabbed to death by some suspected land grabbers on Sunday.

The land grabbers, said to be about 10, had gone to the area to force a man, who had just sold his house, to ‘settle’ them. But the hoodlums, armed with broking bottles, started to harass shop owners and residents.

Onatayo, whose wife is also pregnant, was said to be passing when the land grabbers pushed him into one of the waterfilled potholes, for daring to cross their path. They were said to have stabbed him in the waist and in the neck. The stepmother of the deceased said she was inside their apartment when someone came to call her that Onatayo had been stabbed on the neck and they had rushed him to the hospital.

She said: “Before I got to the scene of the incident, Samuel had been rushed to the hospital, and the assailants had also fled the area. Some residents and I rushed to the General Hospital at Ile-Epo, where he later died as a result of excessive blood loss. “I want the Lagos State Police Command to fish Samuel’s killers out and bring them to justice.

Samuel must not die in vain. He was an easy going person in the community I don’t know why they chose to kill my son?” When our correspondent got to the area yesterday, all the shops were locked, while a few shop owners and residents gathered in groups to discuss the incident. Samuel’s younger brother, Olorunfemi, said he was with the deceased that fateful day before he was killed.

He said: “I was with him about 9am when he told me he was going to Olorunda Street at Vulcanizer bus stop to buy something only to receive phone call a few minutes later that he has been killed. “Samuel’s death should not be swept under the carpet like other murder cases, because his wife is pregnant with their third child. Who is going to take care of them now?” Olorunfemi said the family reported the matter at Oke Odo Police Division.

According to him, the police arrested some of the hoodlums. However, the man who reportedly stabbed the victim was said to still be at large. It was learnt vigilantes in the area ordered shop owners not to open for business until the suspects were arrested. Confirming the incident, the state Police Public Relations Officer (PPRO), Joe Offor, said one person had been arrested in connection with the killing.