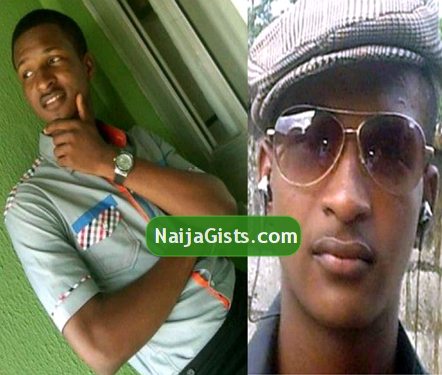 Oct 8, 2012 – Tekena Elkannah Was Beaten Beyond Repair, We’ve Buried Him In The Forest – Family

According to the family members of Tekena Elkannah, one of the 4 murdered UNIPORT students in Aluu, Port Harcourt, Rivers State, Nigeria, after several stitches to put his badly burnt and severely battered body together, he has been buried in the deep forest. naijagists.com

Here is a message the family member relayed to Cruise Nigeria few hours ago:

“Yes, he’s been buried.” The family member confirmed, “We recovered his body and we stitched it the best we could… It’s shocking the amount of brutality he and those boys endured. His body was beaten beyond repair, but yes, we’ve buried him.”

According to another source in Tekena‘s family who revealed they hailed from Kalio Ama area of Okrika LGA of Rivers State, their custom forbids burying victim of violence like Elkannah in the town.

The 19-year old student was buried in the deep forest on Saturday.