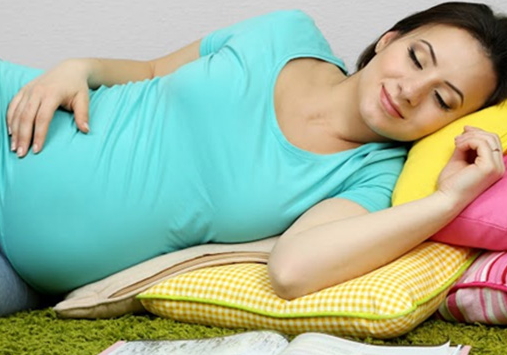 November 24, 2016 – The Best Sleeping Position During Pregnancy Is Left Side, Scientists Warn Against Sleeping On Your Back

According to a new research, one of the factors driving child mortality during pregnancy is back side sleeping.

A new student show that heavily pregnant women who sleep on their backs could be at higher risk of having a still birth. These findings are published in the ‘Journal of Physiology’.

The study found that lying on the back leads unborn babies to adopt a more dormant or inactive state, possibly caused by receiving lower levels of oxygen. According to the study, “These lower oxygen levels cause the foetus to move “to a low oxygen consuming state”, while the baby’s heart rate is also affected”.

Hence, the study found that this sleeping position puts more stress on the unborn baby, causing it to reduce its oxygen intake and shedding more light on why some babies are lost late on in pregnancy. Still birth is typically defined as foetal death at or after 20 to 28 weeks of pregnancy.

Women are advised not to sleep on their backs. Sleeping on the left hand side may improve the foetal heart rate which makes it the best sleeping position for pregnant women.