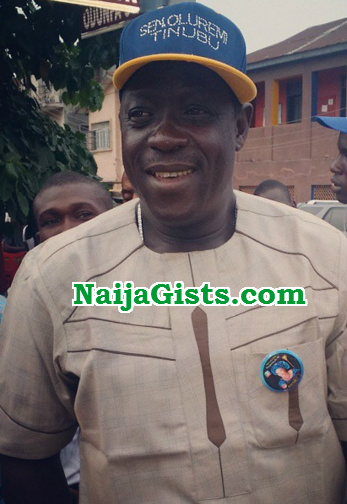 April 21, 2016 – The Cause Of Taiwo Hassan Ogogo’s Illness Revealed: How Ulcer Landed Him In Hospital From A Movie Set

In a recent chat with a Lagos-based journalist, Nollywood actor Taiwo Hassan Ogogo said he involved himself in a series of self medication that affected his health.

The actor reportedly mixed lime with Alabukun to medicate himself not knowing that he is doing a major damage to his liver.

Ogogo said he didn’t know he is liable to cancer by damaging some cells in his body.

The ”Omo Olomo” actor’s had Ulcer prior to the illness which affected him so much. The Ulcer has been affecting him gradually but he didn’t pay so much attention, this made the effect worse. The Ulcer symptoms that eventually landed him in the hospital was from a movie location.
Ogogo was operated for appendicitis which wasn’t discovered at first but was later detected and operated.

After surgery, he travelled to Dubai for an award, this further led to complication and he fell ill again.

The Ilaro born star is now back to his former robust self and doing better.