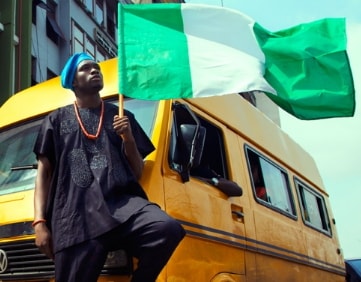 Here is the background to the series of questions that serve as the title to this piece. In a recent conversation with a friend, he had posed the first question in the series to me: why are we so corrupt in Nigeria? To this, I had posed the next three questions in the series to him: “We”? “Who are these we?” “Are you one of them”? I can report that my friend stoutly denied that he was one of the “we” of his initial question to me. Getting this response from him, I then observed to him that it was wrong, it was unhelpful to imply, as his question had done, that all Nigerians are corrupt. I went on to suggest to my friend that by placing the weight of rampant corruption on the shoulders of all Nigerians, he was diverting primary and effective responsibility from pandemic, flagrant corruption in our country where it belongs – our leaders, our rulers. I could have gone on to add that our leaders and rulers are so world-famously corrupt because they are operating one of the most predatory national capitalisms in the world, but my friend would have smiled at this because he knows me, knows my ideological passion for socialism and redistributive justice. He would have thought to himself: “here goes BJ again on his mission against capitalism!”

Of course, this issue of the “we” that are corrupt or not corrupt goes far beyond a simple and unambiguous division between the rulers and the ruled. Indeed, it goes far beyond corruption itself. Whether the pronoun used is “we” or “us”, there are uncountable numbers of things about which Nigerians love to talk, to argue, to pontificate regarding the terrible state of affairs in our country for which “all” Nigerians are putatively deemed responsible. “Why are we so ethnocentric or “tribalistic”? Why are we so hyper: hyperactive, hyper-religious, hyper-lawless? Why do we allow our leaders to so easily and wantonly deprive us of the benefits of our natural resources and national assets? Why do our leaders and rulers find it so easy to do what they please with us? Why do we seem so untroubled, so unconcerned by the abysmally poor state of instruction and learning in our primary and secondary schools? Why, in many parts of our cities and towns, do we suffer in silence when night-vigil worshippers keep us awake all night, nearly all days of the week? Why do we Nigerians take so much crap, so much disdain, so much phobic projections, so much contemptuous and condescending pity from the rest of the world?” Welcome to the discursive and imaginative universe of naijapessimism and naijaphobia!

There are so many things to say, to think about naijapessimism and naijaphobia that we have to be selective in what we choose to discuss in one single essay. Here, I wish to focus only on the fact that like all other forms and expressions of pessimism and phobia, the “naija” varieties of these phenomena have both their positive and negative dimensions, especially pessimism. Out of prudent or realistic pessimism often comes wisdom, insight, inspiration. When Bill Gates came to Nigeria and told our rulers to their faces that our country is one of the worst nations on the planet into which one could be born, we were grateful for his bracing candor; he was only telling us things we had been telling ourselves. The late Ken Saro-Wiwa’s famous last words on Sani Abacha’s gallows with its brutally incompetent hangman still haunt us with a chilling indictment of our collective posterity: what kind of a country is this? Indeed, to be naively optimistic in the face of the terrible injustices and idiocies that govern the conditions of life in our country is to be complicit with the forces and agents responsible for the state of things. In pessimism, in this respect, lies the beginning of wisdom.

But let us not romanticize pessimism and phobia, especially when they are directed toward the self or selves. Like individual men and women, nations suffering from either self-hatred or indulgent self-pity need urgent cure! Thinking of this, we must be grateful that Nigerians have a passion for subjecting everything to irreverent critique, including the national pastimes of naijapessimism and naijaphobia. Yes, often this is carried too far to the extent that it becomes self-negating. A case in point here is the length to which the former Honourable Patrick Obahiagbon was tolerated, even hero-worshipped for his highly entertaining but completely inane assault on the English language, as much on the floor of the House of Representatives as on the screens of network television.

Permit me to be very straightforward here by using the case of the president, Muhammadu Buhari, as an illustration. Thus, in the long view of political developments in our country, the speed, the totality with which Buhari has lost his charisma, his credibility, his mojo, his “magic” is bound to be one of the outstanding facets of his time in office as an elected ruler. In other words, he may yet get a second term in office as an elected president, but if he persists in the present superiority of his inferiority as a ruler, he may also come to serve as the prismatic focus for all the things that Nigerians dislike and reject in a ruler. Irreverence will be a huge factor in that development; so will positive, corrective and dialectical pessimism.

But pessimism is not enough. To effectively counter self-hatred and self-pity, you also need self-love and self-respect. But naijaphilia is not a widespread or even easily noticeable expression or phenomenon in our country. Indeed, if Nigerians could show one-thousandth of the love they say they have for God, for Allah or for Jesus, things would be infinitely much better for us. As a matter of fact, we should ask: how could a people who claim to be one of the most devout and God-fearing in the world show so little love for themselves since, as all our religions preach, we are made in the image of God?

It is not, of course, the case that Nigerians don’t show and express self-love and self-respect; it is rather the case that compared with how easily, constantly and casually we express naijapessimism and naijaphobia, naijaphilia comes far, far behind, limping like a lame horse. Of course, if you break naijaphilia down into smaller, constituent parts, you might see quite a lot of it in our country: love of hometown; love of the high school or university of one’s youth; love of the “ethnic nation” or the “tribe”; love of social, fraternal club or organization; love of parish, congregation or faith community. Compared with these locations of individual and collective self-love, the naijaphilia that we loudly and proudly express when the Green Eagles perform well in international competitions is not much to write home about. We also often feel and express great pride and love for country when we get news of Nigerians doing well in professions and forums of global reach and significance and that is well and good. But love of country regarding events, developments and personalities here at home? Not absent, not unknown but not a prominent or notable feature of the national imagination.

Naijaphilia exists, I suggest, in another sphere of life in our country that is vital but little recognized and appreciated: the lives and examples of an uncountable number of “ordinary” Nigerians who do their bit to make things better for all in their families, their workplaces, their civic or voluntary organizations, their communities. In other words, these are Nigerians that are neither corrupt nor corruptible! In my life, I have met and admired many such people. But it took me a long, long time to come to really appreciate them, their lives and their contributions, even if my own mother was one of such people. As I told the friend with whom I had the conversation that sparked the reflections in this piece, one of the great insights that I have gleaned from years and decades of working and living outside the country as well as doing a lot of travelling around the world is the liberating realization that Nigerians are no worse and no better than other human beings! It is a high price to pay for this insight and I do wish that I could have found it at home in our country without having had to do so much travel around the world to discover it. Nonetheless, I so cherish it that I have privately named it my one and only true “morounmubo” from all my foreign travels and sojourn. And what is morounmubo? Roughly translated, it is a rare Yoruba term that encapsulates the boon among boons, the gift among gifts that one has received from traveling far away from home.

Naijapessimism and naijaphobia are of course related to the much vaster phenomena of the spiritual and philosophical pessimism and the elemental psychic phobias linked to human life, to Being itself. Haven’t we all heard one or all of the following declarations in one form or another? “Why are human beings so selfish and self-centered? Why is humanity so incapable of learning from its mistakes? Why are we humans so self-destructive as a species? Why do human beings find it so much easier not to do that which is good than to do that which is good? Why do we, as humans, tend to be afraid of what we don’t know or don’t understand? Why do we do to others that which we would never want others to do to us?” As a counter to each and every one of these statements, we know human beings that are not selfish and self-centered, that are not self-destructive, that are more predisposed to do good than evil. And yet, we say these deeply and darkly pessimistic things about humanity in general.

Naijapessimism and naijaphobia are different from pessimism and phobias in general because Nigerians are in general more subjected to a cruel and endlessly predatory economic and political order than most of the other humans on our planet. Correspondingly, naijaphilia does not have solid and sustaining economic and political institutions to strengthen and consolidate it among the generality of Nigerians. In other words, it is by their innate nature that most Nigerians are such irrepressibly optimistic, resilient and positive people. But we know that “nature” is not enough; we know that it must be strengthened by “nurture” and culture. And so, whether the friend whose words precipitated the observations and reflections in this piece likes it or not, I will end with my unwavering call for redistributive justice and equal opportunities for all as the foundations on which the best things in the nature inside and outside of us can be protected and enhanced.