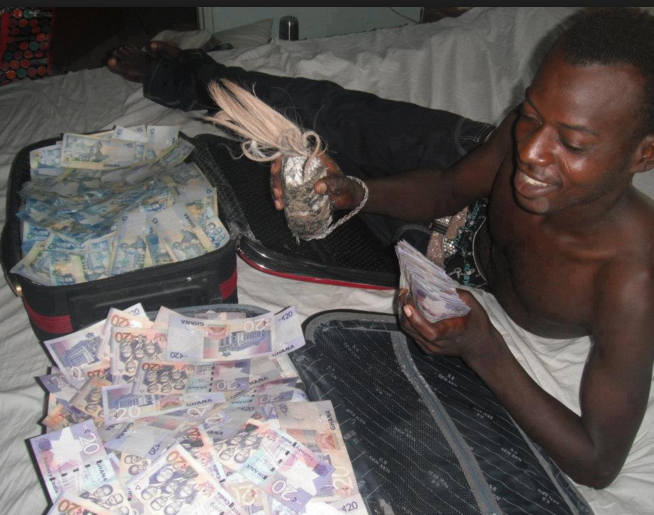 Whilst I’m not a great fan of ‘Yahoo Boys’ and despise them for what they do for a living, one cannot help but marvel at their ingenuity, tenacity and expertise.

In his novel ‘419’ , Will Ferguson talks of a cottage industry of well-educated Nigerians who operate out of dens and internet cafes sending out thousands and thousands of emails, a day, in the hope of snaring a mugu – a stupendous gullible foreigner – and conning them out of all their money.

Never a day goes by that we don’t read about the exploits of yet another ‘Yahoo Boy’ or ‘419-er’ being arrested by the cyber tactical unit of the EFCC.

And the victims ? Another oyingbo mugu looking for love, a white pensioner who thinks he can top up his pension with a windfall, a doctor who thinks he’s won the jackpot and the list goes on and on.

The more these Yahoo Boys are arrested the more these cyber crimes are being committed. It’s as if the authorities are fighting a losing battle with these criminals; you arrest one and another five pop up!

So why is it difficult to crack down on them?

It’s a paperless crime which makes it difficult to track – they’re not bank robbers – the perpetrators are always on the move and greed.

Greed on the part of the Yahoo Boys because if perfectly executed it can be very lucrative and greed on behalf of the ‘mugu’. Before shedding a tear for the victims one must ponder on the saying –‘you cannot reap where you haven’t sown’ or to put it another way – ‘there’s no such thing as a free lunch’.

Greed has a funny way of clouding people’s judgement. Even the cleverest person in the world can fall for the charms of a con-artist if they are greedy.

Just the other day I received an email purportedly sent by a Captain James Kirk of the United States Marines serving in Syria. He had found $10 million dollars and needed my help to get it out of the country. In return for my assistance I would be rewarded with the princely sum of $4 million dollars!

Wow! Easy money and all I had to do was send him some details about myself and ‘cooperate’.

But wait a minute, isn’t Captain James Kirk serving aboard the fictional U.S.S Enterprise somewhere in outer space? When did he come back to Earth to fight in Syria? And if my current affairs are up to scratch there are no U.S soldiers fighting in Syria – that’s if you discount the Delta Special Forces – and where would you find $10 million dollars lying around in an improvised country where people earn less than a dollar a day?

Again, I got another email from a Dr Halima who wants my help in smuggling her, her family and her $25 million dollars inheritance out of war torn Syria! Now if she really did have that kind of money she could easily charter a Boeing 747 to get her out without my help!

Greed clouds people’s judgement, when they receive these emails they don’t think. If they did they would have noticed the improbable stories, the innumerous grammatical errors and inconsistences and hit the ‘delete’ button. But a great many don’t and they get conned out of all their money.

Now the second set of ‘mugus’ who get conned the most are the hapless romantics looking for love online.

Call me old-fashion, a relic or dinosaur from the last century but I find the idea of falling in love online utterly ridiculous! What ever happened to meeting someone in the flesh, first, before embarking upon a cyber-dating-whatever-it-is-relationship ?

So hapless in love Miss Whitewoman goes online to find a boyfriend because no one else, in the flesh, will have her. She finds the profile of a handsome man (-of he finds her) and starts ‘chatting to him. Before long, smitten by his eloquent online-flirting she falls in love with him. So when her virtual boyfriend starts demanding money she can’t resist the urge to say no – I’ve heard stories of some stupid women selling their homes to send money to their ‘boyfriends’ who desperately need a ‘loan’.

Now, again how stupid can somebody be? First how can you fall head-over-heels in love with somebody you’ve never seen before in the flesh? And secondly, money and love don’t mix; if you’re in an online relationship and your virtual ‘other half’ is asking for money you don’t need to be a rocket scientist to know what your relationship is all about.

And somewhere in Nigeria a dastardly ‘Yahoo Boy’ is calmly cashing in his ill-gotten gains – making frequent trips to his local Western Union rep, buying cars, building houses and going out with the finest women in town – whilst at the same time trying to evade arrest by the EFCC.

Don’t send money to people you don’t know, however good their proposition.

Don’t reply to emails from people you don’t know.

Don’t open attachments or click on links in emails you’re not familiar with, even if they look official.

If you’re into online dating try and get a small little thing called a ‘webcam’ so you can at least see who you’re talking to or sign up to Skype; if you can at least see them throw in a bit of psychology and you can tell from their body-language whether they are genuine or not.

And most important of all try to employ a very simple thing called common sense. If it’s too good to be true it usually is.