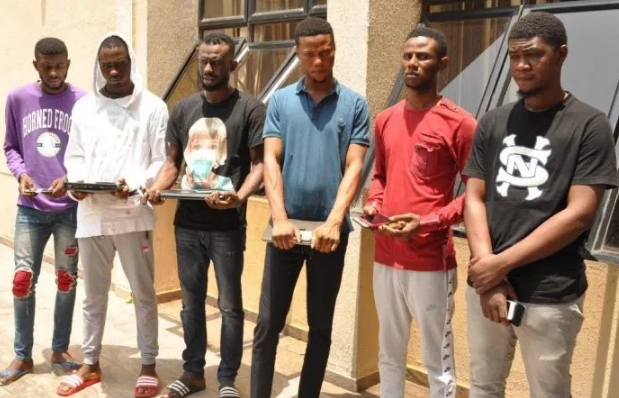 Six of the suspected fraudsters were picked at 5 Arbe Saibra Dantata Estate Kubwa, Abuja, in an operation triggered by intelligence regarding the activities of the suspects.

One of the Kubwa cybercrime suspects with a Mercedes 350

The exhibits, including a pump action gun found with Mbaeri Anselm Chukwuma at David Estate,Abuja

EFCC spokesman, Wilson Uwujaren said the suspects had been under surveillance for weeks.

Some of the items recovered from the suspects include mobile phones, laptop computers, and a Mercedes C350.

Items recovered from him include a Toyota Rav4, 2 laptops, 2 phones and a Pump Action Rifle with 2 Cartridges.

The suspects would be charged to court as soon as investigations are concluded. 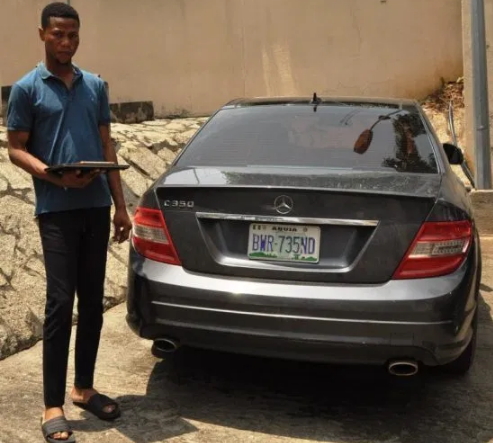