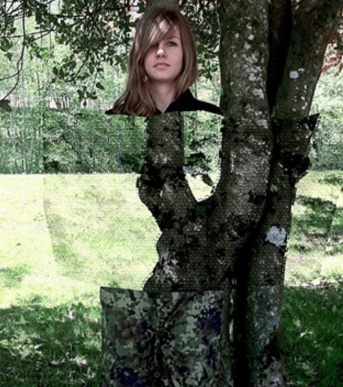 March 31, 2016 – The Invisible Body Suit Project: Very Soon The Witch Doctors Will Go Out Of Business As Science Takes Over

The Art of Invisibility, An Article By Tony Ogunlowo

Have you ever wanted to be invisible? Well, now you can – to a certain extent.

For centuries the art of invisibility has been nothing but folklore and mankind has been fascinated with the idea.

The 1897 science-fiction novel ‘ The Invisible Man’ by H. G Wells tells the story of Griffin, a scientist, whose research into optics leads him to find a way to change the body’s refractive index so he could become invisible. Still a classic tale, the notion of invisibility created in a laboratory has gone on to spawn many science-fiction films, novels and books.

In the metaphysical world, famous occultists such as Franz Bardon toyed with the idea of vanishing into thin air. He believed that if an individual could teleport their consciousness into the fourth dimension, jockeying their position backwards and forwards in time, invisibility could be achieved. It would mean the individual would be able to walk among crowds of people and nobody would recognize them. Also stage magicians, using certain elements of illusion trickery, have tried to make themselves truly invisible but to no avail. 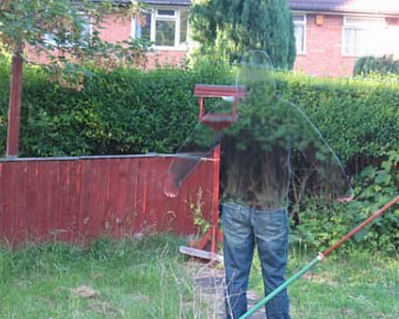 The Yoruba’s and the Chinese Ninjas are also believed to have certain magical powers, known to only a very few, that enables them to disappear or become invisible, mostly to escape dangerous situations. Some babalawos claim they can make people invisible and sell useless charms to gullible politicians and armed robbers.

But now it seems science fact is finally catching up with the myths, science-fiction and metaphysics as scientists are working on a suit, for the military, that can render the wearer invisible to the naked eye under certain conditions.

Previous attempts to make objects invisible have resulted in the production of the Stealth F-117A Nighthawk Fighter and B2 bomber. Even though these vehicles are still visible to the naked eye they are invisible to all electronic counter measures and can’t be seen on radar.

For decades DARPA, the American Defense Advanced Research Projects Agency, has been experimenting with trying to make things invisible. Even though they haven’t been able to achieve full invisibility they’ve been able to come up with a suit that uses adaptive camouflage technology.

For as long as we’ve had conflicts soldiers have been using one form of camouflage or another to conceal themselves from their enemies; this ranges from their green, brown uniforms to using fake foliage to cover themselves and vehicles.

Adaptive camouflage works in the same way as a chameleon changes colour to adapt to its surroundings, the only difference is that the suit does it electronically using mini sensors and cameras.

Just like the invisible James Bond car in ‘Die Another Day’ the technology uses tiny high resolution cameras on all sides to project images on to LED polymer mats covering the object. When the images of the outside world are projected onto the mats it gives the illusion of invisibility.

Eventhough the work is still experimental companies like Mercedes Benz have already rolled out a test model using this technology and DARPA and the U.S Army have a working invisible suit currently undergoing battle trials.

Wearing the suit a soldier will appear to be invisible from a distance and is being designed so special forces can operate deep undercover in hostile lands with minimum fear of detection.

Just like with any modern day technology, it will hopefully be available to buy, commercially, in a few years’ time. So you can sneak around without anybody seeing you.