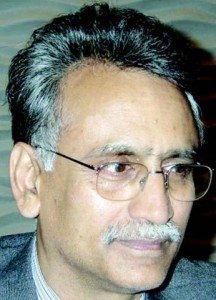 A visiting President of Norway to Nigeria once said that in Nigeria anything goes, and this may be the reason many of the multinationals in Nigeria are taking the interest of the people for granted. Happenings in the past showed situations where officials of many of these multinational companies that are supposed to be respecting the laws of the country casting such laws aside by maltreating their Nigerian staff. naijagists.com

The government, which always sides with the companies in the name of protecting foreign investments the multinationals represent, also gives them undue advantage over the people. And because they are getting this support, they believe they can do whatever they like on the issue of delivering better service to the people and the condition and treatment their staff. Recent investigation revealed that one of the country’s telecommunication companies may have been defrauding Nigerians of their hard earned cash through different services and products it offers.

Global News scooped that Airtel, a Global System Mobile (GSM) operator in Nigeria which can as well be said to be the operator in Nigeria that has changed its management the most times (the current owner is the sixth since it began operations about 10 years ago), has been involved in the act of charging Nigerians for services they are not rendering. It was recently discovered that the telecommunication company may have been fleecing its consumers in Nigeria of their hard earn cash through the introduction and sales of airtime vouchers that the company is yet to activate. This fraudulent practice is meant to affect those who buy vouchers of their airtime in the range of N500 and N1,000, an act that has forced many of its subscribers to unwillingly part with their money as the payments made on the vouchers are non-refundable.

It was initially believed that the recharge card fraud may be the handiwork of the same people who did such years back but from a check on the operations of those people and the way they operate, this is quite different. That time the cards sold were of all network, unlike now that it is only Airtel network. It is the belief of Tunde, a customer of the Airtel company who bought N500 denomination of such vouchers three times in one week, that the voucher or card is deliberately pushed into the market to swindle unsuspecting individuals who would have purchase the cards only to be informed in the process of loading that the card’s validity is non-existent.

Another of such fraud cases labeled against the company has to do with those using the Blackberry phone which has extra features to the normal phones. The story is that for some months now, Airtel has engaged in indiscriminate removal of people’s airtime. Many who spoke with Global News during visits to the customer care centres of the GSM company complained that for months their airtime would be removed even without making calls. Apart from this, the Blackberry subscriptions of many were suspended for no genuine reason. One of their subscribers who complained to us revealed that he has been facing the same problem for more than five months and he promised to switch to another network that will not be giving him this kind of problem.

With the way it is, and the discontentment of the people towards the service the telecom company is rendering, it seems they may be going into another round of crisis, which may come as a result of the inept way they are treating their subscribers. This is coming months after they faced a similar revolt from their call centre staff who complained of so many things about their mode of administration.