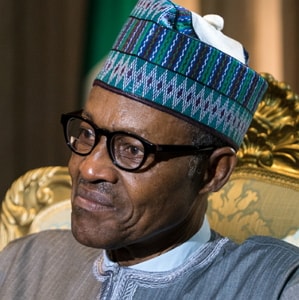 President Buhari, in all his wisdom, recently described the youths of Nigeria as lazy, unproductive, expecting everything in their lives to be free without putting in any effort since they were born into an oil-rich nation.

In a sense I agree with him, but……

The Oxford dictionary describes ‘lazy’ as unwilling to work or use energy: the synonyms include idle, work-shy, loafing, slothful and many others.

If there is a will to work but no work to do, people will become lazy.

There are more than a thousand institutions of higher learning in Nigeria, in the form of universities, polytechnics and colleges, churning out thousands and thousands of graduates every year. And that’s not counting those who drop-out, only finishing secondary school and apprenticeships: not everybody has the intellectual capability to go to school to become a university or college graduate. Such people will be manual unskilled workers – drivers, traders, builders etc – for life. Are there any provisions to keep them in employment for life?

Nigeria has one of the highest youth unemployment rates in the world – currently standing at 62% . That is to say that 62% of the younger population are not going to work everyday – and may never ever. To make matters worse you have all these youths graduating with no jobs available for them, swelling the ranks of the unemployed every year. This has been going on for years and the number of unemployed youths is compounding.

Not only is this a sizzling time bomb waiting to off its creating a generation of people who will never work and will eventually become unemployable: skills learnt studying for four or five years in university will soon be forgotten over time.

Not everybody’s dad is rich enough to set them up with a business or has the right connections to ‘long-leg’ them into a job. As a result, with nothing to do, a vast majority will become lazy unless of course they turn their hands to crime, cultism, kidnapping, prostitution and God knows what else. Don’t forget these youths are fast growing up in a nation where you don’t have to work yourself to the bone to become mega-rich overnight. They can see politicians who have barely been in office for a year jetting around in private jets and building fantastic mansions – all with looted funds. They can see kidnappers and armed robbers living life to the full without them being arrested. To them this is fast becoming the normal way to live and progress in life – their elders are making money overnight and why shouldn’t they? Even if there are jobs to go to who wants to work for a few measly thousands of naira a month when you can do ‘business’ and hit the big time?

Growing up in a recession-prone country where the word ‘hope’ is no longer on anybody’s lips, where people can only dream of where they are going to get next week’s ‘chop-money’ from – that’s if they’ll even live till next week – can over tax anybody’s brain, not to talk of growing youngsters trying to make their way in life.

When hope fades, despondency steps in and without a doubt people will become lazy, even getting up in the morning will become an arduous task.

There’s a lot of work that needs to be done: it’s not just a question of providing jobs but a much bigger question of how you are going to change the mind-set of a generation( predominantly 15 to 35 year olds) who believe they can, all, become rich and famous, overnight, with minimum effort. They don’t know what it means to work hard for a living: not their fault since they’ve had to grow up as a lost and abandoned generation.

Continue Reading
You may also like...
Related Topics:lazy, nigerian, Youths