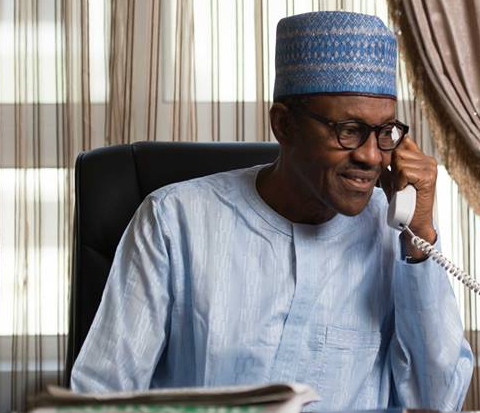 June 19, 2015 – The PDP Watchdog Should Be Arrested Over Call For Buhari’s Resignation – Oruma

The lunatic organization branded in the Peoples Democratic Party watchdog, attacking President Muhammadu Buhari over comment made in South Africa as regards his age to performance, should as a matter of urgent importance be arrested by the DSS for labeling our dear President pa. Muhammadu Buhari, as well calling for his resignation. This call is urgent to deter individuals who may take our President’s simplicity for weakness, and as President, Northern Youths Intellectual Forum Advocacy, the onus lies on me to put the record straight, first this democracy was not obtained on the platter of gold rather Nigerians across divides queued in the scorchy sun and under the rain for this change to occur, and for some group under the umbrella of PDP to think it could wake up from sleep and ridicule our President in daylight is laughable.

Nothing stops individual or groups to be constructive in their approach to issue of national importance but hatred and bitterness on account of election defeat is still evident from the way they personally attack every single move of Mr. President, forgetting that someone was there 5years with little or nothing to show for it, 29th of June will mark a month since PMB inauguration yet these people have forgotten so soon, as if he Mr. President is being there all along, the damage caused by PDP- led government would take years to heal, and this explains why PMB is meticulously taken his time to fix technocrats who can deliver on APC manifestos irrespective of party affiliation, it should be noted that formal President Jonathan spent 6months to name his cabinet yet heaven did not collapse.

Yes it is a known fact that our President will be 73 in no distance time but this has not taken away his sincerity and discipline which remains the bane of our national life, if age is a yardstick I wonder why formal President Jonathan was defeated? Jonathan was defeated despite being a Phd. Holder of an incumbency with the largest political party in Africa on account of inherent lack of basic qualities in a leader.

While it is easy for the Peoples Democratic Party to distance itself from such group investigation should be carried out in order to unravel this senseless and Godforsaken jobless group. It is of paramount importance Nigeria knew such publication is made possible because a bad precedent is set by Fayose of Ekiti State who is yet to make any public apology on his role during election.

For those who think is going to be business as usual should as well re-think, and for how long would individuals realized? that whether they like it or not PMB has come to stay and it is time they behaved and comport themselves properly and be of good ambassador rather than unholy display of gangstarism in a country where law and order prevails.

I urge the National Assembly to enact a law with regard to our limitation to labeling and slandering, that we have freedom of speech is not freedom to insulting and exhibition of madness just to score cheap popularity.

Are youths not supposed to be good Ambassador and contribute to National Development? We must instill discipline in our daily life and see Nigeria as a big project for all, you do not insult and get your problem solved? Rather it makes mockery of your existence and relegate you to the background of the current trend, since In anger solutions are not easy to come-bye.