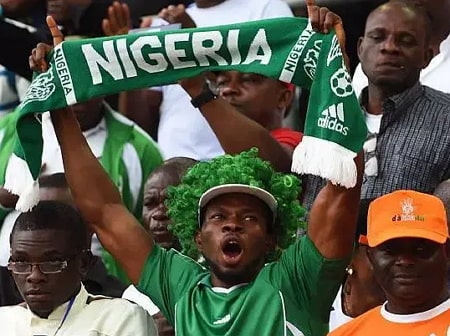 The Sorry State Of Nigeria At 59 – Mike Ozekhome

Senior Advocate of Nigeria, Mike Ozekhome has lamented the sorry state of affairs in Nigeria which clocked 59 years on Tuesday, saying the citizens now live like walking corpses due to poverty and hunger in the land.

He further said parents now sell their children to survive in a country which was once the biggest economy in Africa and the 3rd fastest growing in the world.

According to a statement made available to press, titled, “Tears, Sorrow, Blood, Lamentation for Nigeria at 59,” the lawyer said, “Parents now sell their children to survive and the children do likewise.

“Nigeria is now the second most corrupt country in West Africa and one of the 148 most corrupt in the world. Rule of law is subsumed, human rights crushed, Democracy is vanquished.

“Even basic civil liberties are suppressed and subjugated. Judges are brutalised, humiliated and denigrated, for doing their jobs.

“The Judiciary is weakened, traumatised, pauperised. The legislators haemourrage the national purse with fantastic and indefensible out-of-the-world pay packets. The Executive acts imperiously, untramelled, uncontrolled, like Louis X14 of France.

“The cabal holds the nation down by the jugular. Less than 20 people dictate the fate of 200 million Nigerians. There are no checks and balances. Absolutism, dictatorship, fascism, brutality, bestride our democratic space like a colossus. Yet, the people, the Civil Society, remain docile, complicit, frightened and cowed.

“Mediocrity is enthroned in place of meritocracy. Hypocrisy, lies, revisionism, propaganda are elevated, celebrated and dressed in the false garb of truth and patriotism. Genuine criticism, dissent, opposition, plurality of views, are treated as treason, and at best as treasonable felony. Nigerians now murmur, rather than discuss freely.

“Soliloquy and monologue take the place of robust dialogue. Nigerians now live like walking corpses, like the living dead. The common man and woman languish in abject penury. The middle class diminishes. Industries relocate to neighbouring countries. Massive disinvestment becomes the order of the day.

“Nigeria, once upon a time the biggest economy in Africa and the 3rd fastest growing in the world, is today the poverty capital of the world.

“Parents now sell their children to survive and the children do like wise. Husbands kidnap wives and wives husbands for cheap ransom.

Nigeria has been turned into a gruesome crimson field of bloodbath.

“There is mass suicide and homicide. Mass unemployment is the order of the day. Retrenchment becomes a norm. Education and certificates are racketeered. Children learn under uncovered roofs in rain, storm and sun, sitting on bare floor.

“Graduates roam the streets without jobs. Our beautiful daughters and sisters are sold into second slavery as sex objects. Young able-bodied men take to kidnapping, armed robbery, internet scams and Otokoto rituals. Money bags are celebrated, no matter the illicit sources of their wealth.

“The church and the mosque are complicit in this societal degeneration. Morals, ethics, values, recede into the abyss of historical oblivion. Prices of food have gone out of the of the roofs, leaving the poor prostrate and defeated. The tail now wags the dog, the leaders molest the people whose mandate they utilise.

“They laugh the people to scorn, exploit them, beat them, scourge them, impoverish them and misuse them. God, where, when, how and why did we find ourselves in this scandalous state of nadir, doldrums and national calamity? Nigeria at 59!!! A woman still crawling, misused, dehumanised and degraded.

There will still be sunshine at the end of the storm. Yes, a silver lining on a dark cloudy sky. God help us.”

Continue Reading
You may also like...
Related Topics:nigeria at 59, the sorry state of nigeria