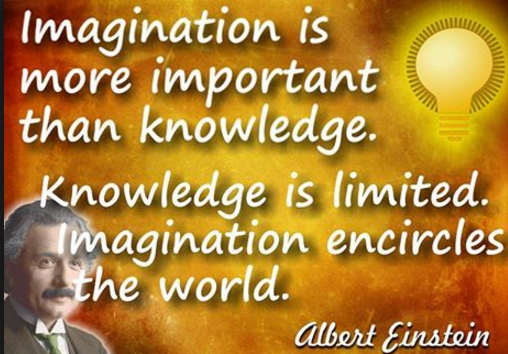 Super geniuses are not created; we are born to be different.

There are geniuses and there are super geniuses; special individuals who are above even what is deemed normal!

‘ Necessity is the Mother of all Inventions’; but we, super geniuses, are not after the ‘Necessity’ we’re after the ‘impossible’!

When Bill Gates promised to put user-friendly computers in every household before the end of the last century we all thought he was mad! We scoffed when Apple under the tutelage of the late visionary Steven Jobs created products we can’t live without; or the founders of Google created a service we can’t do without or Mark Zuckerberg who created a platform that enables us to stay in touch, with all our nearest and dearest, instantaneously, where ever they might be, we all thought they were taking a trip on the loony train.

These clever gifted individuals, and others, are super geniuses who think outside the box – they are totally different people who don’t do the normal – they are mad! – or are they?

The Super Genius Mind is not bound by anything known to Man; it’s a free spirit that wanders into uncharted waters, it’s boldly prepared to go where no one has gone before, it seeks to do the impossible in impossible situations. It aims to stand out, discreetly, from the crowd and do the absolute unthinkable, regardless the obstacles thrown in their path.

There will be problems; unsurmountable obstacles, prosecution even bare face lies to deter them but the Super Genius will carry on, relentlessly, until the goal is achieved. And that goal will be something nobody’s ever done before. Time, financial reward or public acclaim is immaterial when it comes to achieving that goal.

We crave the challenge. We crave the impossible. We crave the fact there may be no laurels at the end of the road. And we don’t care about the cost – Stephen Hawking is trapped in a body that is theoretically dead but that doesn’t stop him from being the World’s foremost theoretical physicist!

So what is a Super Genius Mind ?

A Super Genius is a transcended genius. The latter is able to operate in a realm that supersedes that of a genius, integrating knowledge from unlimited sources combing it with their own natural curiosity, creativity, awareness and polar thinking to produce the impossible.

A Super Genius Mind is limitless and knows no known boundaries. The beholder becomes like an Alice walking through the Looking Glass or Neo who’s just discovered the ‘Matrix’. It’s to infinity and beyond!

A Super Genius loves the impossible. He or she loves the obstacles, the slings and arrows that will be thrown at them, they love the shouts and chants of ‘ ..it can’t be done..’ levelled at them. They love the challenge. They love the fact they are going where no-one has gone before. It doesn’t matter how long it’s going to take, the money wasted, or the toll on their sanity or reputations.

It’s not about making money. It’s not about fame. It’s about producing a miracle under circumstances where by even miracles are deemed impossible.

It’s not about how much money they have in their Swiss bank accounts, or how much they want to put there, or how many wives, cars, private jets or mansions they have. It’s about something bigger than any material reward imaginable. Something that can’t be bought – it’s about setting out to do the impossible and archiving it – No material reward can equal this!

When Bill Gates set out to establish Microsoft he didn’t intend to be the richest man in the world, neither did the late Steven Jobs or Mark Zuckerberg or Elon Musk or Larry Page or Sergey Brin, and others of their calibre. They set out to make a difference by doing the unthinkable; they set out to change the world without lusting for fame, wealth or recognition – and that’s why they’re different.

Super Geniuses think differently, act differently, live differently. Their outlook on the world is different – it’s as if we have transcended normal humanity as we know it to bring out the best in us.

We operate mostly out of the public glare, invisible, slaving way in some obscure backroom or laboratory. Fame and titles are for publicity seeking ‘celebrities’ who crave attention and not for individuals like us who constantly evolving and working hard. Ours is a journey of enlightenment which we share with the world in the form of our ides and inventions.

We are not bound by greed, creed, culture, religion, race or nationality. We are an elite breed of human beings who strive to make our world a better place to live in.

And that’s why we are Super Geniuses