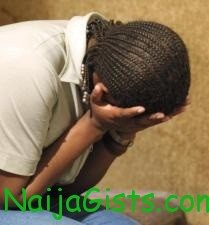 THERE IS NO EXCUSE FOR RAPE

It was a class mixed with both genders. The moderator’s penetrative eyes suggest he was seriously up to something. His task was very simple: to define the motives behind the dastard act of rape and to shift the class attention to the fact that most victims do take a lot of precautions and they still ended up being raped!

His first question was for both gender, but he chose to start with the guys: What steps do you guys take, on a daily basis, to prevent yourselves from being sexually assaulted? At first there is a kind of awkward silence as the men try to figure out if they’ve been asked a trick question. Suddenly a young man raised up his hand and said, “I stay out of prison.” The class seems to forget the seriousness of the topic as everybody burst into laughter. Then the moderator asked the women the same question and the responses became quite overwhelming.

Women throughout the audience immediately start raising their hands. As the men sit in stunned silence, the women recount safety precautions they take as part of their daily routine. Here are some of their answers: “Hold my keys as a potential weapon. Look in the back seat of the car before getting in. Carry a cell phone. Don’t go jogging at night. Lock all the windows when I sleep, even on hot summer nights. Be careful not to drink too much. Don’t put my drink down and come back to it; make sure I see it being poured. Carry Mace or pepper spray. Don’t get on elevators with only one man, or with a group of men. Vary my route home from work. Watch what I wear. Don’t wear headphones when jogging. Avoid forests or wooded areas, even in the daytime. Don’t take a first-floor apartment. Go out in groups. Meet men on first dates in public places.”

Looking at the plethora of responses from women, it has become quite obvious that the cure to rape is not necessarily in the precautionary steps taken by victims but by the raw intentions of the invader. There is no precaution that will dissuade a man that has strong intention to rape; this does not in any way mean that women should let out their guards.

The world is dealing with so much at the moment – the Coronavirus pandemic, police brutality, economic down turn, depression and many more, but the one that is the object of my write-up is that of rape and the debilitating thought that it is often the fault of the victim. Large numbers of Nigerians are taking to social media to demand “justice” after a series of high-profile cases of violence against women sparked outrage in the country. The rallying cries #JusticeForUwa, #JusticeForTina and #JusticeForJennifer have reverberated among internet users in the country, with celebrities also joining virtual campaigns inspired by the “Black Lives Matter” protests sweeping the United States.

To end rape, we will need to deal with the male’s perception of rape. We need to diagnose the intention of a rapist. When I believe that my action can be justify by someone’s mode of dressing then I would have lost the most important part of what a value-based society portends. We need to understand that our reactions are made up of 90% of who we are! We must stop seeing rape as a welcoming invitation as a result of the victim’s dressing.

Secondly men indulge in raping because they believe that they couldn’t get away with it. We will have to design laws that put the assailant’s life at a fatal risk. It shouldn’t be a question of how many years will I spend behind the bars in prison for this act; it should be that does this act worth my precious life! Until we have a legal frame that equates the penalty of rape to death, we will still be playing with the issue of rape with kid’s gloves.

Thirdly, men indulge in rape due to defective upbringing. Frederick Douglass said, “It is easier to build strong children than to repair broken men.” When boys are raised well, there would be no need to mend men.

I will like to briefly raise three facts about rape to help young ladies outside there:

#2 MOST ACTS OF RAPE AND ASSAULTS ARE CARRIED OUT BY SOMEONE THAT HAS GAINED THE VICTIM’S TRUST: Poignantly, most of the perpetrators of this dastardly acts are people with whom parents and children have come a long way to hold in high esteem. I have observed that young girls are mostly vulnerable to people they hold in high esteem – most likely clerics, teachers and close relatives.

#3 MOST SEXUAL CRIMES MAY BE AN OUTFLOW OF CHILDHOOD ABUSE:  In the eye opening film, October 1, a dark psychological thriller film produced and directed by Kunle Afolayan, is a pathetic story of a serial killer abusing and slaughtering native young women. It was sympathetic to find out at the tail end of the film that the killer’s incessant act of rape and frivolous killings was an outflow of childhood abuse. Most sex predators are often victims of childhood abuse themselves; their continued abusive tendencies are simply an indication of an incomplete or unsuccessful healing process.

I will like to furnish parents and guardians on the different steps to take in order to guard their ward from sexual abuse (especially minors):

SPEND ENOUGH TIME WITH YOUR CHILDREN:  Most abuses could have been averted if parents spend ample of time with their wards. Rapists understand the psychology of Attention Deficiency Syndrome (ADS). They feed more on girls and children that are being starved of attention. Rapists look out for children that lack emotional support or aren’t getting enough attention at home. I have often observed that sex predators prey on the children whose parents aren’t available. If you don’t pay attention to your child, someone else will!

NO SECRETS: Abuse thrives in secrecy. Anybody that encourages your child to keep secrets away from you will ultimately end up abusing your ward. Children must be informed on the need to keep open minds with their parents. Keep an open dialogue with your children and be the kind of parent that a child wants to tell everything. Parents should create a conducive environment for their wards to fully express themselves

BE SENSITIVE TO YOUR WARD’S ATTITUDE: Abrupt attitudinal change like always wanting to be alone, unusual withdrawal, loss of appetite, not wanting to go to school, drastic change in a child’s academic performance, unusual and abrupt mood swings, aggressive behavior, inappropriate sexual behaviour or language, nightmares/sleeplessness and extremely defensive nature are mostly the indication of the onset of abuse. Parents must always watch out for abrupt change in behavior of their wards.

TALK TO THEM ABOUT SEX EDUCATION: When children don’t get the education they need about sex from their parents, they will ultimately get it from outside but in a polluted way. Don’t allow them to expose their private parts unduly. Children must be taught the sacredness of their private parts. We must teach children on areas in their body that is forbidden to touch and never to ignore boundaries. Teach your child to recognize inappropriate touching.

DON’T BE JUDGEMENTAL: As a teacher I have often experienced many of my students that are girls telling me things that they never told their parents, and when I ask them why they are telling me, the response is always the same and that is because they knew I will never judge them. Children are always afraid of being judged! When all they receive from their parents is judgment, they tend to withdraw. Make sure your kids know they will not be punished or judged for anything they tell you.

TRUST YOUR CHILD: Never dismiss a child’s claim because the adult in question is a valued member of society or appears incapable of such things. That’s exactly what a child molester wants! Kids who don’t have a trusting relationship with their parents are mostly the targets of sex predators. They have to feel comfortable discussing sensitive matters with you.

ADEQUATE MONITORING: Monitoring is one of the tools to ensure your child’s safety. Set up a nanny cam if you hire a babysitter or lesson teacher, this will help you to detect inappropriate activities before they become destructive. Watch out for excessive adoration from caregivers, teachers, priests or even family friends.

I want to specially reach out to parents to teach their girl-child about boundaries. We must also equally teach young boys on inappropriate touches and the sanctity of human body.

QUOTE OF THE WEEK: “If all you do with your masculinity is to conquer women, you have failed. A real man is a cover and not an invader”- Gbenga Adebambo

A Leader That Cannot Solve Problem Is A Liability!
Parents, Never Make Your Children Your Retirement Plan!