Posted on October 29, 2017 by Naija Gists Leave a comment 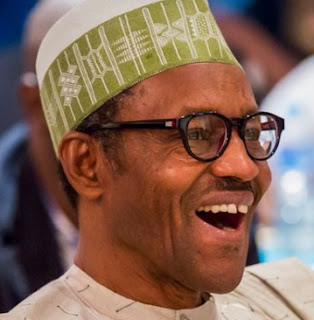 October 29, 2017 – Why I Think President Buhari Administration Is Taking Nigerians For Granted

For once, I have never had any doubt that a majority of Nigerians made the best decision when they voted for President Muhammadu Buhari instead of renewing the tenure of former President Goodluck Jonathan.

Given the dire circumstances the nation found itself after six years of ex-president Jonathan’s government, it would have been suicidal to retain him to continue in office.

Buhari was our best bet against Jonathan to save the country from sliding into unimaginable economic and political crises, which would have been difficult to recover from. Thankfully, Buhari got elected and Jonathan did not behave like the typical Nigerian politician who would not accept defeat without all manners of protests.

However, over two years into the Buhari’s administration, there are many reasons to worry why President Buhari is not living up to expectations that he is the saviour we need.

His style of administration, which appears to take Nigerians for granted, is worrisome. Many instances that require swift actions have remained unattended to.

Instead of speaking up on major issues, Nigerians have heard little or nothing from the president who definitely means well for the country but leaves us at the mercies of some aides who indulge in unnecessary name-calling or accusations.

While Buhari himself is regarded as an epitome of integrity, some of his aides through their actions and inactions have put a big question mark on the anti-corruption crusade of the administration.

While the government is yet to sufficiently deal with the accusations and counter accusations between the Minster of State of Petroleum, Dr Ibe Kachikwu ,and Group Managing Director of the Nigerian National Petroleum Corporation (NNPC) , Dr Maikanti Baru, the scandal of the surreptitious recall of the former pension boss, Abdulrasheed Maina, who is wanted by the Economics and Financial Crimes Commission (EFCC), is yet another issue begging for firm action to be taken by the president.

How can any official of this government approve the reinstatement and promotion of Maina despite all the allegations pending against him? From all indications, the Attorney General, Malami, is party to the deal which explains why he initially defended the recall on the grounds that no court has found Maina guilty.

The Internal Affairs Minister, Abdulrahman Dambazzau, initially claimed that Maina was redeployed to his ministry by the Head of Service, only for Oyo-Ita to deny the claim. Yet another official of the government, media aide, Garba Shehu, found no other justification for the recall but that the Jonathan government was to blame for what I don’t understand.

It is not enough for the president to sack Maina, more heads need to roll based on the report he has requested for over the incident. Unless the president takes necessary action to serve as deterrent to any other official or appointee who is not sensitive enough to the anti-corruption stance of his government, he would be further arming his critics who say there is a cabal dictating the direction of the administration.

This is yet another test case like that of the suspended Secretary to the Government of the Federation, Babachir Lawal, which Nigerians are patiently waiting for Buhari to apply the big stick.

The time to act is now, before those who claim that Buhari is not up to what he promised Nigerians who voted for him have the last laugh.