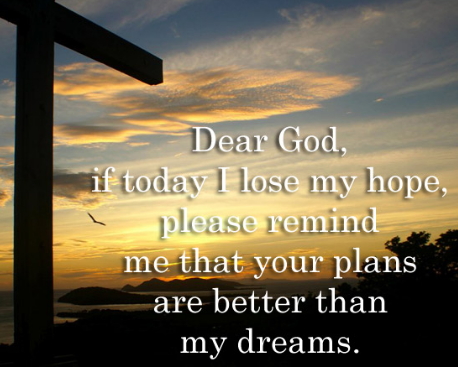 Dapo, a 200 Level student of Creative Arts in the famous Lagos State University (LASU), Iyana-Oba, Lagos State, Nigeria was the only child of Mr. and Mrs. Kunle Ojo. Since 20 years back he was begotten by the lovely couple barely eleven months after their marriage, another baby had refused to form in his mother’s womb.

Rather than remain in perpetual agony, the said couple had chosen to be contented with what they were blessed with; and as God would have it, Dapo was exemplarily brilliant, thus they felt complete.

As an undergraduate, the chap could boast of anything he needed right from the first day he found himself on the campus. Among all, no day that passed that his dad, Kunle didn’t call him on phone to ascertain how he was faring.

This time, he received one of his numerous calls while he was leaving his school lodge for the expressway situated very close to the lodge in question in the company of two of his neighbours, Wale and Kosara who were as well students of the university.

They were headed for a viewing centre to watch an incoming match between Chelsea FC and FC Barcelona for an ongoing European Championship tournament. “I am fine, sir.” responded Dapo amid his friends.

“I am sure you are not lacking anything?” Mr. Ojo said. “No sir.” “Okay.” He said, paused. “When are your semester exams coming up?” “In three weeks time.”

“I am sure you are reading your books as usual?” “Trust me, dad.” He replied, transferred the cell phone to his left hand. “That’s my boy!” “So dad, how’s mum?” He enquired as they got at the expressway, which they were meant to cross before they could get to their destination. This time, he was slightly walking ahead of his companions, Kosara and Wale.

“Your mum is fine,” Mr. Kunle replied. “She is doing greatly.” “Oh, so glad to hear that,” Dapo responded, couldn’t notice a Busscar bus that just overtook another, thereby exceeding its track and was headed toward where he stood ahead of his friends. “My regards to her.” He told his father. “Dapoooo…!” Wale and Kosara shouted at the top of their voices as they observed the anomaly.

The exclamation came concurrently with his last statement on phone ‘my regards to her’.Before Dapo could realise his fate, the bus that was obviously moving with a very high speed hit him roughly and kept moving.

Dapo rolled severally on the outskirt of the expressway and gave up the ghost instantly. “Dapo! Dapo!!” Mr. Kunle called having sensed the anomaly to no avail. Dapo’s handset was lying helplessly on the ground.

Kosara and Wale rushed to the spot where his body was lying lifelessly. On observing that he was no more, they cried and cried profoundly amidst a crowd, but there was absolutely nothing anyone could do.

Kosara hurriedly walked to the phone, grabbed it while covered with tears and managed to place it on his left ear. “Dapo is dea…d.” He notified Mr. Kunle who had shouted his son’s name for the umpteenth time in a jittery mood.

“Dapo is what?” He verified apprehensively. “He is dead…!” “What…?” Mr. Ojo who was also a Lagos state resident shouted loudly, dropped the call and quickly headed for LASU to confirm the genuineness of the information.

Dapo was therein rushed to a nearby hospital where he was actually confirmed dead. According to the physician, he died as a result of haemorrhage.When Mr. Ojo arrived at the hospital, he couldn’t believe his eyes.

It was like a mere dream. In a nutshell, at that point, a madman was far better than him mentally. When the news got to his wife, she fainted and remained in the mood for 72-hours before she came back to life; the 52-year-old Mrs. Timi Ojo felt like one in hell. It was obvious that if given the chance, she could commit suicide because therein she saw life as meaningless. To her, death wasn’t just heartless but evil.

The sobs were unquantifiable, to say the least; the shock, immeasurable; and the pains, so extreme. Whom were they to run to, for succour? Who could unravel the mystery?

The endless condolences they were receiving were causing more harm than good. Conspicuously, what they needed was mainly remedy instead of ‘please take heart’ which was pouring in like rainfall.

The ordeal was so unbearable that even a fly that came to sympathise with them was seen as an enemy. Apparently, the poor couple preferred to be left alone.

The pain was indeed unbearable. A couple that was trying to be contented with only one child was abruptly told that it didn’t even deserve one. The experience was rather imaginable.

Even if it was a mere dream, such nightmare would remain indelible in their minds. Though the mourning period seemed unending, six months after, they thought it wise to console themselves having taken solace in their creator.

Thus, life continued although the injury incurred failed to heal. Their greatest motivator was the undiluted love they shared as a couple ever since they tied the connubial knots.As the Holy book would always conscientise us to despair not, seven months down the line, the 52-year-old Mrs. Timi conceived again after almost twenty-one years of her last pregnancy.

She alongside her loving and faithful husband couldn’t believe what the family was witnessing, likewise their respective parents who got the news in a jiffy.

The rare miracle, which was like the case of Sarah in the Bible, wasn’t in any way seen coming. When the pregnancy became obvious, people around were mistaking it for a mere big tummy owing to scepticism.

To them, she couldn’t in any way conceive at that point after countless years of wait, unknowingly to them that God has His own way of doing things in such a manner that it couldn’t be comprehended by anyone.

As weeks unfold, she became heavily pregnant to the utmost amazement of the teeming skeptics. Nine months after, she successfully gave birth to triplets – two boys and a girl. The glorious moment threw everyone into a celebration mood.

Here Is Why You Should Be Kind To People Always
Photos: Dr Mike Murdock Ministers At Nigerian C&S, White Garment Church In London UK