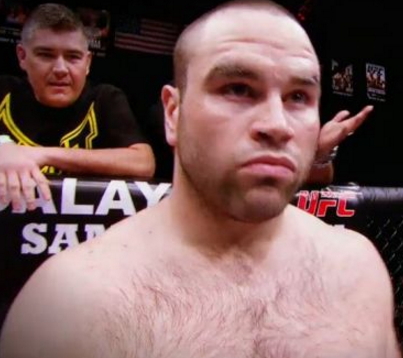 He reportedly succumbed to the injuries he sustained in a brutal knock out during a boxing match on Friday.

Hague died aged 34 on Sunday two days after he was beaten by Adam Braidwood in Edmonton Alberta Canada.

The referee in the fight was heavily criticised for allowing a clearly concussed fighter to continue fighting before he was fatally knocked out.

Sport authorities in Canada have promised to investigate the event surrounding his death.

Hague’s death has once again highlights the inherent dangers of combat sport.