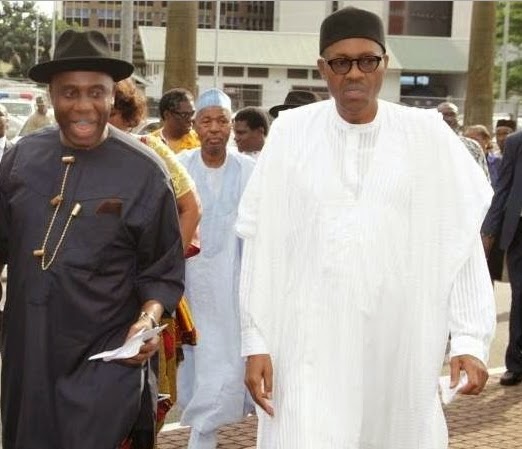 APC party leaders have alerted supporters that the telecommunication lines of six of their leaders have been hacked by Jonathan-led Federal Government.

In a statement released yesterday, the party said Senator Bukola Saraki, ex Governor Timipre Sylva, Amaechi, Oyegu and Tinubu’s cell phones have been hacked and that the leaders have been placed under close watch by the PDP.

APC also alleged that the FG is planning to arrest the party’s national secretary, Lai Mohammed in few days time.

The statement read, “As the elections approach, we know the harassment and intimidation will be stepped up. We know our leaders, including the National Chairman, Chief John Odigie-Oyegun, former Governor Bola Tinubu, Governor Rotimi Amaechi, former Governor Timipre Sylva, Senator Bukola Saraki and National Publicity Secretary, Alhaji Lai Mohammed, are under surveillance and their phones have been hacked.

“We are aware that several of them, especially the National Publicity Secretary, have been marked down for arrest in the days to come.

“We know there are evil plots to frame some of them on trumped-up charges. We know our lives are in danger. But these and more will not deter us from continuing to act in the national interest or from seeking to effect change through the ballot box.

“Yes, we are alerting Nigerians that if anything happens to us they should know where it is coming from, but for us there is no going back because we are resolute.”

“We are glad that instead of weakening the resolve and enthusiasm of Nigerians, the Presidency-orchestated postponement has further galvanised them to be more determined not only to vote but also to defend their votes.”

The party concluded by telling Jonathan to remember that everything he’s doing now will be judged by history.

I think the party has an insider selling all their secrets out and if care is not taking, the ruling party will mess them up big time… Now where is Atiku in all these????