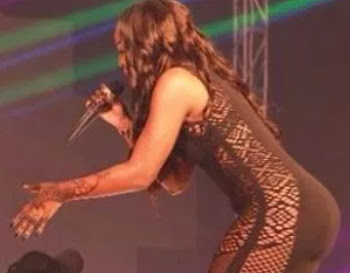 Mavin songtress Tiwatope Savage recently caused a scene in Warri Delta state when she rocked the stage in a see-through outfit.

The Queen of Drama whose marriage to Tunji Balogun recently ended in divorce shocked her audience when she rocked a lingerie which gave fans a feel of her beautiful figure.

The now single mother of one  left  her audience speechless as she performs without underwear.

Her critics are of the opinion that she intentionally did it to seduce men since her marriage has crashed. 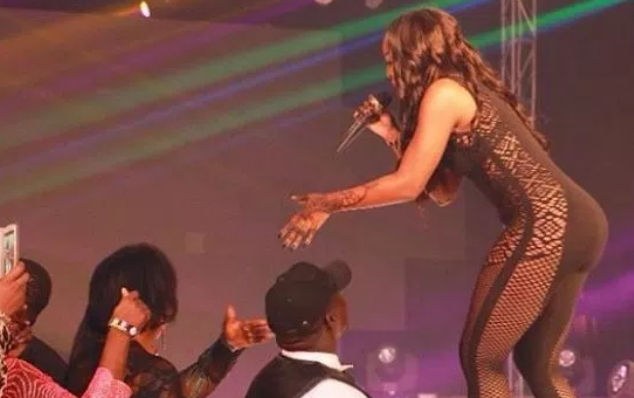 But mere looking at the above photo, it is obvious she is wearing a sheer pantyhose.

It will amount to madness for her to ruin her reputation in this manner.