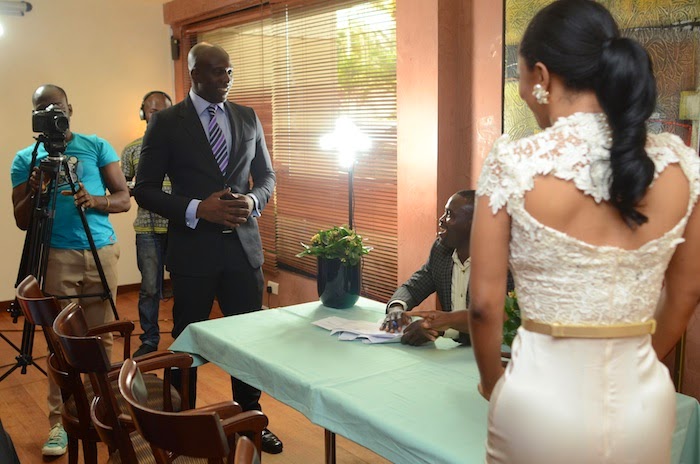 A while back, the source Nigeria released information that Toke Makinwa and Maje Ayida had otherwise engaged in a false marriage that was staged to be the pilot of a reality TV series which was abandoned. As expected this information seemed so untrue and not much weight was attached to it.

Our investigative reporters and secret informants have been combing for more info to verify this claim by the original independent source and efforts have been made to reach the couple to no avail. However a few photos of that period have emerged and the proof that indeed the marriage was a filming for the pilot of the reality tv show.

From what we have gathered, the producer of the said tv series is an independent production company (name withheld) who was looking to make bank from the reality show approached the duo sometime last year. Both parties considered and went on board.

You can say that the conscience is a sweet thing as one of the parties backed out after the pilot was shot.
Someone or people must be talking because now the story is unfolding and it seems crazy but so true. Worse things have happened and it’s ‘entertainment’ after all. 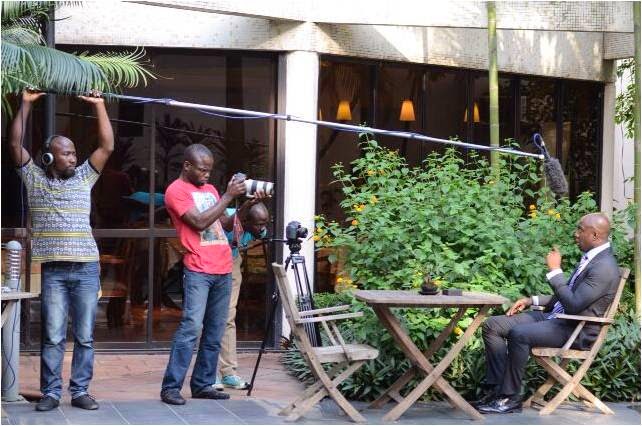 So no one ever suspected? Really is there any real wedding (registry for that matter) which was attended by a handful of almost nobody? We expect more to be revealed.

[Reported by The Source Nigeria]