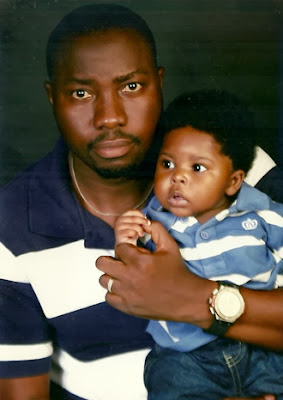 The advert below is what has been circulating since the abduction of Mr Tolu Ayoola in Agege area of Lagos.

“Dear friends, The picture which appears below is Mr. Tolu Ayoola an employee of the Government of Ekiti State. He was abducted together with his official vehicle (a 2012 model Toyota Hilux belonging to the Bureau of Special Projects with registration number: EK 618 A01) on charity street in the Oko-Oba area of Agege, Lagos on sunday 13th October 2013. He was to spend the salah break with his family before this unfortunate incident and he has since not been seen or heard from. Please if you have any leads that can help us find him kindly contact Pst. Jide: 08034317174 or Akintunde: 08037430772 Thank you”

3 weeks after engineer Tolu Ayoola was kidnapped, there is no word from his kidnappers.

His family has passionately appealed to the police to urgently find their breadwinner.

Ayoola was abducted by a gang of armed men around New Oko Oba, Agege area of Lagos, Southwest Nigeria at about 7.30 p.m. on 13 October.

The engineer was ambushed by unknown gunmen on his way home.

It was reported that the kidnapper forced Ayoola into their vehicle, while one of them drove his white Hilux van with registration number EK 618 01, marked “Bureau of Special Projects.”

To scare off residents, the kidnappers were said to have shot several times in the air before they drove off.

It was reported that shortly after he was kidnapped, one of the kidnappers spoke with a member of Ayola’s family, who called his mobile number, but Ayola’s phone was later switched off.

Taiwo, who spoke with the abductors on Ayoola’s telephone line, said a few hours after the incident, the abductors stopped picking the calls and switched off the phone the next day.

Therefore, the family could not establish contact with the kidnappers or speak with Ayoola since then.

The concerned family therefore appealed to the police and other security agencies to come to their aid in search of their bread winner.

Adepeju, Ayoola’s wife who is nursing a baby begged for government’s assistance, describing the kidnap as a shocking and sad development.

“My husband is a gentle man. He is a professional that goes about his work diligently. My husband’s disappearance in the last three weeks has shattered the joy of the family, which was six months ago blessed with a baby,” she said.

According to her, her husband went out the evening he was kidnapped to buy fuel for their generator and battery for the baby’s walker.

Tolu Ayoola’s wife appealed to security agencies and well meaning Nigerians to come to their aid.

The younger brother of the kidnapped engineer, Taiwo Ayoola also appealed to the police to come to his rescue before they kill him.

His kidnappers should please release him for the sake of this innocent baby boy.