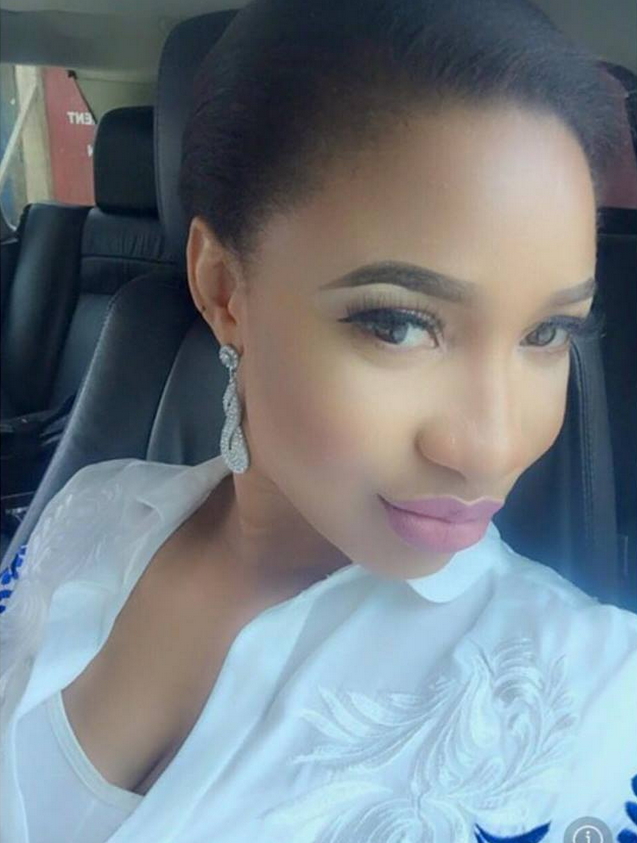 Though I Have Backslided Before, I’m Now A Born Again Christian – Tonto Dikeh

In an exclusive interview with Channels TV monitored by NaijaGists.com, the actress who confirmed that she’s already married said she took time off acting to enjoy her marriage.

Tonto Dikeh said she kept her marriage secret because of the harmful effect of the social media on celebrity marriages.

“I respect my marriage and I want it to work. That’s why I decided to take my time to really enjoy it.
Like they say ‘a private relationship is the happiest one’, I have been very happy for a long time and that happiness will never cease”.

Tonto Dikeh said she is praying to be pregnant anytime from now.

On her relationship with God, she said:  “I am closer to God now. Though, I backslided before, now I can say that I am a born again Christian,” .

On what she is doing now, the actress said:

“I just recently opened an engineering firm, which I would be dedicating my time to from now.”