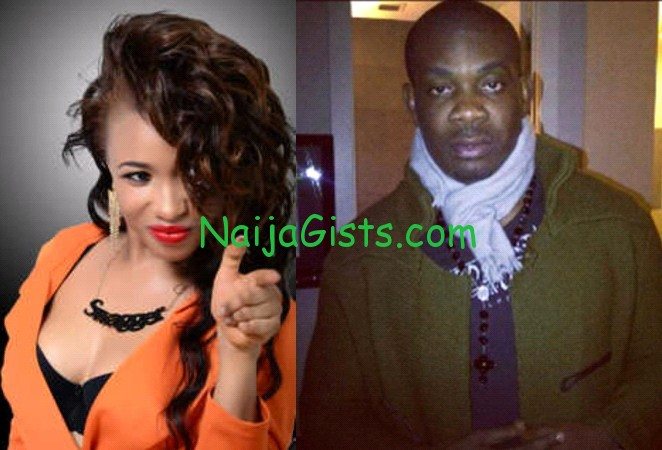 Days after the release her two singles that sparked outrage online, highly controversial Nigerian actress Tonto Dikeh is yet in another controversy. naijagists.com

Tonto Dikeh claimed she was disvirgined by Don Jazzy via her twitter page few hours ago.

In her own words below

“I got disvirgined by @DONJAZZY i think this a lil bit Too Much info,” she wrote. 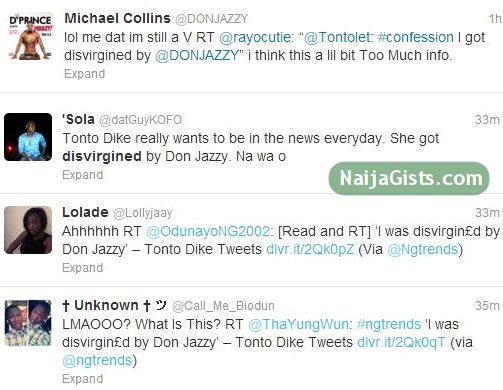 We learnt Don Jazzy and Tonto Dikeh dated for a while in the early period of her career.