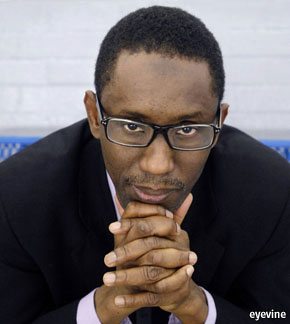 Ex-Nigerian Presidential Candidate For ACN, Mallam Nuhu Ribadu, on Friday Nov 2nd, 2012 cried openly at the Presidential Villa (Aso Rock) in Abuja while delivering a speech on his leaked report on the ongoing corruption in the Nigeria’s Oil sector. naijagists.com

Ribadu who was speaking with state House Correspondents after the presentation of the Presidential Task Force on revenue in the petroleum industry report , said the committee was subjected to pressure from different quarters in the course of doing their assignment.

Ribadu who was reacting to the probity and accountability in operations of the Petroleum Industry, disclosed that those who spearheaded the rift did not mean well for the country.

Ribadu who was asked to comment on allegations of faulty procedure by Steve Orosanye and Bernard Otti who are both members of the committee, alleged that Orosanye and Otti “had been compromised” adding that they even refused to attend any of their meetings despite several invitations.

“I weep for Nigeria”

He however dismissed their claims, saying that all other members of the committee have been speaking with “one Voice”.

“well you have seen it. There are only two of them. All the other members spoke with one voice. We are one. We stood on what we believed is the right thing and we have given the report as one committee. Two people who unfortunately have already been compromised by being given public appointment in that same industry are the ones who are trying to cause the confusion.”

Also speaking on the allegations that different copies of the reports were being circulated, he debunked the claims adding that what we have been circulated is the same as what was submitted Friday .

“There is no any difference and you can see clearly what happened, we work for our country and we work for our people and stand by what is the truth. Nothing can change that. What we said is exactly what we have produced.”

“Some of the things that has been going on in the last one week or so, show that when you are working with a group of people, so many people are involved, so you may not be able o control all the outcome. Possibility of leakage is there. But from what we have today, you can see the authenticity of the reports itself. Go to the report that we have given, it is the same thing. No change”

He revealed that the committee faced several challenges in the course of carrying out their assignment.

“There were so many, but like the President has said, this is the oil industry, it is not easy for you to do an honest work when it comes to money like this but we did to the best of our ability. We said the truth and the truth will always remain the truth and it will set you free if you have the courage to go ahead with what is the truth”

The Minister of Petroleum Resources, Diezani Allison Madueke, told Nigerians to jettison the intrigues and focus on the main issues of how to make the petroleum industry work.

“Obviously, if the process is wrong, then there an issue, but you all said Mr. President said these were issues that should not majorly sidetrack actual output of the report and members have said they would still need a little time to finalize . so let us not make an issue and out of sensationalism move away from the core efforts and out puts of the reports.”

“President called for the report and it was presented. I will not allow this to reduce the extent of hard work and people of integrity has put into all the work. They have done good work. It is more critical to concern ourselves about how well we will move forward when we finalize”

“All three task forces were set up using people who are purely professional and we took Chairmen with integrity, who had credibility to prove to Nigerians that we are serious. And I have been very privileged to have worked with them. They have worked to come up with these various reports and I want us to make sure that we keep our eyes on the more serious tasks ahead and not get carried away with side issues here”

Diezani revealed that the committee will continue to work adding that “within the next two weeks, we are all still meeting working round table meeting and looking at what has to be done and what needs to be done. As a matter of fact, that particular committee agreed that it still ha work to do”

“As Minister of Petroleum, not at all. I have had no personal disagreement with any chairman of the of any of the committees and I say again that I took the back seat so that I will not be accused of interference with their works. I had a good working relationship with all the Chairmen.” (Credit: BusinessDay)