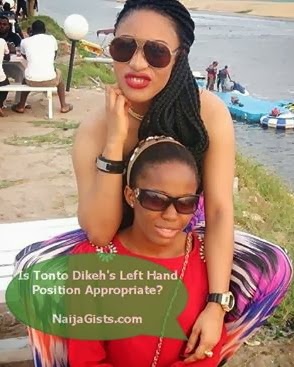 In an attempt to show fans what she is made of, Nollywood actress Tonto Dikeh might be risking jail.

The award-winning movie diva recently shared some romantic photos of herself and her housemaid, Onyinye having a good time at a beach on Sunday January 19th, 2014.

The actress who initially told fans she has a house help shared the photos below to authenticate her claim. 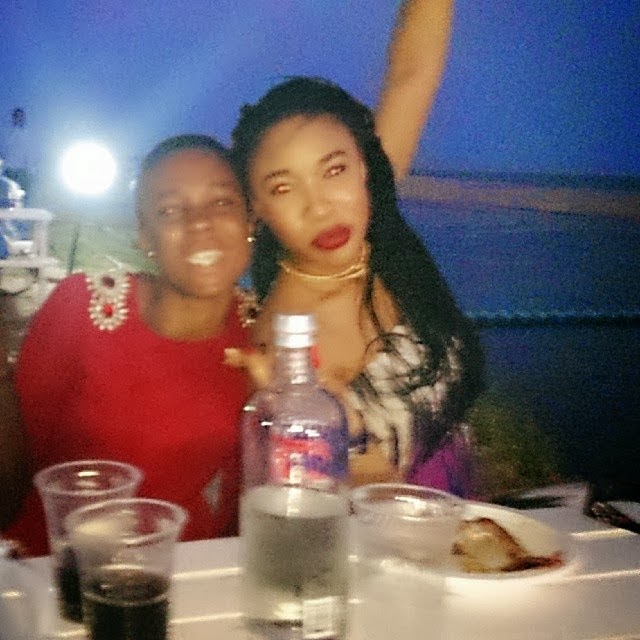 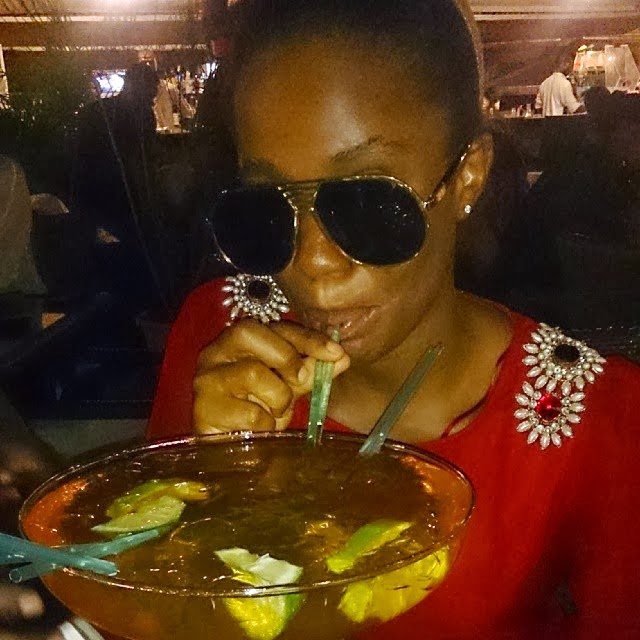 Moment after sharing the photos, some fans accused her of touching the lady inappropriately. Some even suggested she is a lesbian.

Tonto Dikeh is the first Nollywood actress to ever share photos of her housemaid with fans. 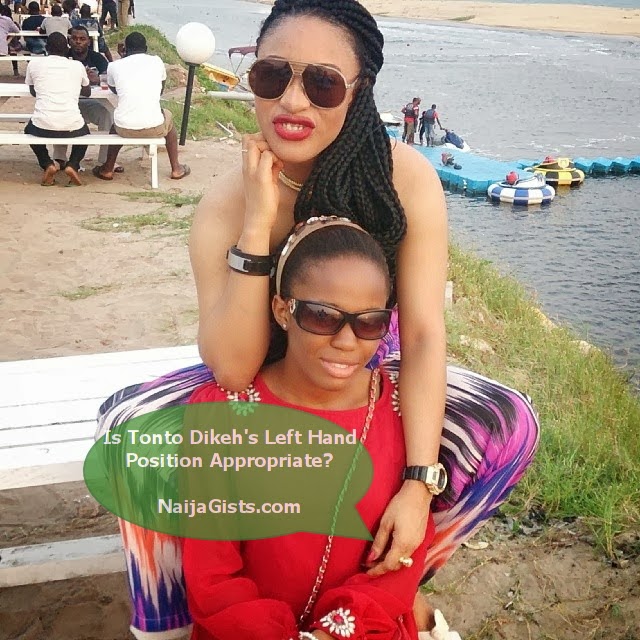 Do you see anything wrong with the above picture ? To make it clearer, is Tonto Dikeh‘s left hand position appropriate?

44 thoughts on “Tonto Dikeh In Lesbianism Scandal Over Housegirl Pictures”