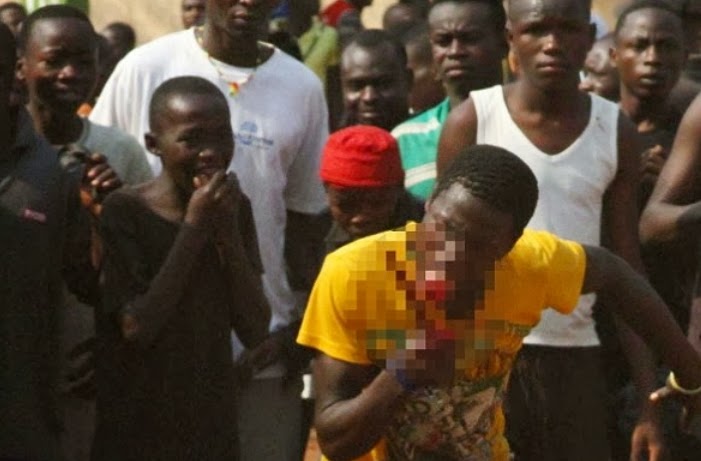 Disgusting photos of a gang leader named Mad Dog have emerged from a recent reprisal attack that happened in Bangui, Central African Republic, CAR after some Muslims allegedly attacked residents in the crisis-ridden country.

Mad Dog was caught on camera eating the flesh of a killed Muslim man in revenge after the some men allegedly broke into his house, killed his pregnant wife and cut his baby into two.

Quandja Magloire popularly called Mad Dog is a cannibal who has vowed to take revenge. He claims they are responsible for the murder that left him without a family to call his own.

‘They broke down the door and cut my baby in half. I promised I would get my revenge,’ he told BBC.

The shocking photos were taken in Bangui, the capital city of Central African Republic yesterday.

According to The Associated Press, the men Mad Dog ate their body parts were killed by residents of the Sango neighbourhood in revenge for the lynching of a taxi driver from Sango a day earlier. Two other Muslim passers-by escaped to the protection of French and African peacekeeping forces
The agency understands that Magloire didn’t take part in the killings, but turned up in the aftermath.

Earlier in the month horrific footage emerged from Bangui of Mad Dog eating the leg of a Muslim who, according to the BBC, was hauled from a bus, battered and then stabbed before being set on fire.
In the aftermath of the incident, Mad Dog grabbed hold of his leg and then began to devour it.

Mad Dog’ had spotted his victim on a minibus and followed him after deciding he looked Muslim. He gathered a crowd of about 20 Christian youths who forced the bus driver to stop and dragged him from the bus.

‘I poured petrol over him. I burned him. I ate his leg, right down the white bone.’

Witnesses did not intervene but recorded the footage on mobile phones, including the act of cannibalism. A video showed his cheeks bulging as he consumes the flesh.

‘One of the individuals took hold of an arm and went and bought some bread and starting chewing on the flesh, along with his bread. The scene made many people vomit, and some cried out in horror.’

What a senseless attack. God have mercy! 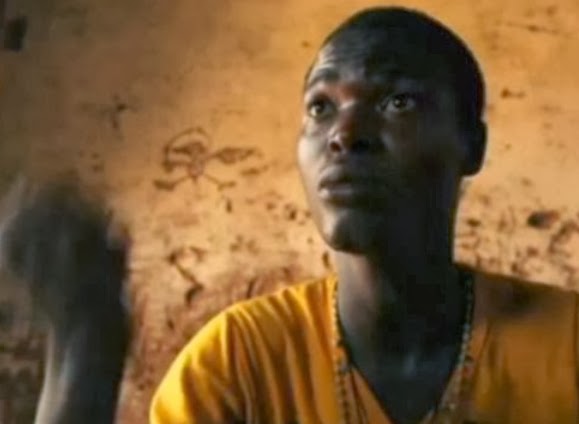 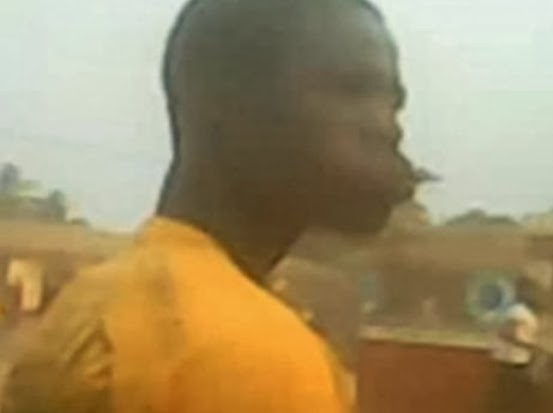