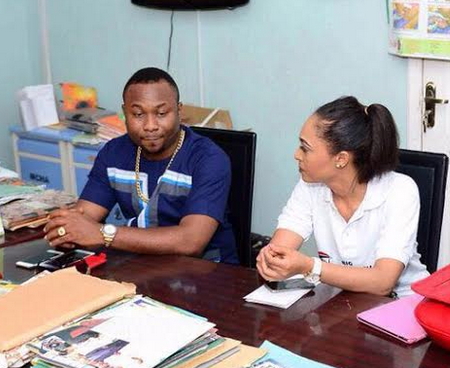 • Rosaline Meurer had her formative years in Gambia where she did her educational studies. The family sojourned there almost all their growing up years before relocating to Nigeria

• Rosaline Meurer is a fast rising actress who has featured in some good numbers of home videos. Some of which are Red Card, The Getaway, Broken Bond, In the Cupboard, Vendetta‎, Open Marriage, Spellboard etc including Oasis that brought her to limelight as lead actress

• She is one of the top brand ambassadors of Ebony hair of Multi sheet company for over two years now. She has featured on their several adverts and souvenirs.

• Her name has become controversial in a short time haven been linked to a romantic relationship with nollywood colleague Chinedu Ikedieze in the past which he discarded and recently with Ton‎to Dikeh’s Husband which she went all out to debunk. She cleared the air and stressed that they have been family friends from her growing up days. 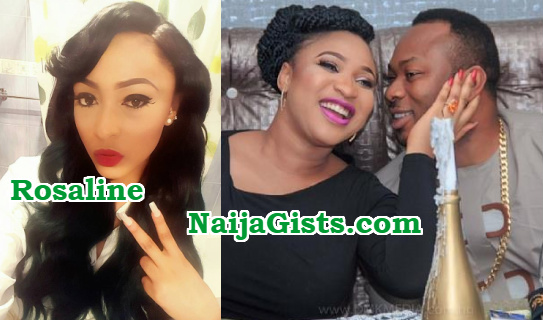 • Rosaline Meurer is a resident in Lagos with her mother and younger brother and sister. Though she travels to Abuja, Asaba etc especially for movie shoots and NGO projects

•‎Her strongest advantage in movie shoot is that she is creative, can interpret scripts at will and possess high degree of oral proficiency in spoken English. On the positive sides she speaks over 5 languages including Dutch, Gambian Dialect, Delta language and a bit of Hausa.

•She is also a movie producer, though not sent anyone out to the commercial market but at advanced stage of launching out productions. ‎She was motivated by producers and directors like Emem Isong, Zik Zulu Okafor, Chico Ejiro.