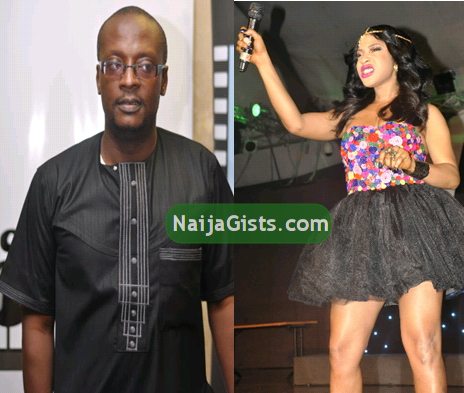 Charles Novia who recently wrote a Nollywood Memoir, Nollywood Till November said the following about the Tonto Dike’s new song few hours ago:

All through the past few hours, the social media networks have been abuzz with the new singles of actress, Tonto Dike. She seems to have joined the actors of her ilk who have the moonlighting  itch to delve into singing. While no one can stop such an ambition by those artistes, I do think those who surround such artistes are their worst enemies if they can’t tell them the truth about leaving their sometimes doubtful day job. Well, I will! I listened to Miss Dike’s two singles a few minutes ago and my initial speechlessness morphed to a nagging laughter and then subsided into a befuddled anguish. I’m a music  label owner (November Records) and have produced and Executive Produced  acts like Majek Fashek, Terry tha Rapman, Zubby Enebeli etc. I know much about music and the slant of commercial music. But after listening  to Miss Dike’s songs, I’m inclined to align with the majorly negative
comments about them on cyberspace. Ah-ah! Whoever produced her knew she has a bad voice for singing and masked our listening torture with the Autotune effect. But even the Autotune rejected any attempt to make a bad voice worse and Miss Dike came out sounding like she was in mid-stream orgasm instead of singing! Her anguished tremolos would have been better reserved for a horror movie sound effect than an attempt at joining the revered profession of music.

If Omotola got away with her last two terrible attempts at singing, it was because Omotola is a fantastic actress and her fans could forgive her musical failings after backtracking her body of work in Nollywood. With Tonto, I can’t say much  either for her acting depth. She’s a one-dimensional actress in my
opinion, who mistakes notoriety for fame. She needs more training in
acting and this I say with all sense of professionalism as a movie
Director. She might achieve greater heights in acting if she trains
more. But she has no heights to achieve in singing. Only a downward
plunge, the stuff bad endings in movies are made of.