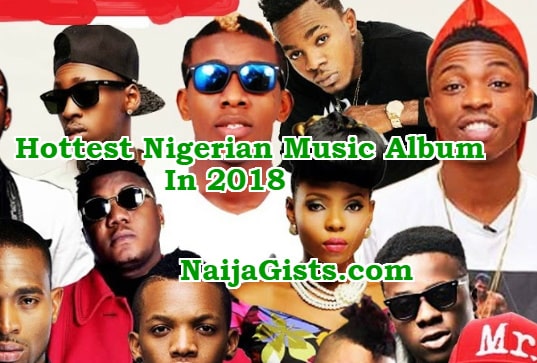 In this report, we are going to be looking the top 10 album releases so far this year, as a review of the newly released No Bad Songz.

Barely a year after his brutal separation from G-WorldWide and the eventual launch of his own record label, FlyBoy Inc., Kizz Daniel just launched the most anticipated album of the year; No Bad Songz.

The music artiste, only a couple of months ago, announced his plan to release his latest album, and after months of keen anticipation by his fans, the singer fulfilled his promise.

No Bad Songz is a twenty-track album, with prominent names like Davido, Diamond Platnumz, Sarkodie and others on the “featured” list. Kizz Daniel’s latest banging single with Davido, One Ticket, is obviously one of the hits of the newly released album. Others include: Tere (with Diamond Platnumz), Gods, Ghetto (with Nasty C), Kojo (with Sarkodie), Maye, Time No Dey and more.

The new album is the second studio album of the highly talented artiste, after his debut release, New Era, in 2016. It is expected to take over the Nigerian music industry for months to come. Going by the trend and fanfare that trailed Kizz Daniel’s latest singles and collabos, No Bad Songz might just be the album of the year.

Earlier this year, on Friday, 25th May. 2018, former YBNL Nation’s star, Adekunle Gold released his much anticipated studio album,  titled About 30. The album is Adekunle Gold’s second album, after his debut release of Gold. The album is certainly one of the top releases of the year, with prominent names like Favour and Seun Kuti on the featuring list.

The album, About 30, is a 16-track album. Some of the songs on the tracklist include: Ire, Ire (Remix) (with Jacob Banks), Mama, Yoyo (with Favour), Mr. Foolish (with Seun Kuti) and eleven others. About 30 is an ingenious project of Adekunle Gold, and it is certainly a contender for album of year.

DJ Neptune, who is conveniently one of the most prominent Disc Jockeys in the country released his star-filled album, titled Greatness, only months ago. The album was released on Friday, 25th May, 2018 under DJ Neptune’s recording label, Neptune Records. The album is arguably one of the best so far this year. In fact, it is an assemblage, which has many top Nigerian stars on one project. DJ Neptune featured over 20 top music artistes in the album.

Greatness is a 15-track album, with hit tracks like Secret Agenda (with Davido and Phyno), Blood & Fire (with M.I Abaga & Jesse Jagz), Wait, Shayo (with Burna Boy), Friday (with Reminisce & Zoro) and eleven other tracks.

Chocolate City Music CEO, Jude Abaga, who is fondly called M.I, released his fourth studio album on Friday, 9th February, 2018. The ace rapper recorded the album in April, 2017 and released it about a year later. Rendezvous is a star-packed album, featuring many prominent Nigerian and African music stars. It is, without doubt, one of the top album releases of the year.

Rendezvous is a 15-track album. On the tracklist are top hits like: Playlist (with Nonso Amadi), Sunset (with Chillz), Soup (Cassper Nyovest) Lekki (with Falz, Ajebutter and Odunsi, On Code (with AKA) and more.

Burna Boy dropped his latest album earlier this year, on Friday, 26th January, 2018. The song was released by Atlantic Recording Corp.,  a subset of American-based music group, Warner Music Group. The album topped many music charts for months after its release and it is one of the leading contenders for album of the year.

Outside is a classic Afro-beat project, featuring a host of foreign music artistes. The album has a total of 12 tracks, with top hit tracks like Street of Africa, Outside (with Mabel), Giddem, More Life and eight other equally dope tracks.

On Tuesday, 27th March, 2018, Brymo released his 6th album, titled Oso.  The album has eleven tracks, with no feature. Some of the popular hit songs on the tracklist include: Heya!, Time Is So Kind, Mama. No Be Me and seven others. These tracks are typical of Brymo’s deep/soulful style, duly accompanied by life reflections. The album is rightly one of the top releases of the year 2018.

Brymo, who made his mark under the aegis of Chocolate City music group, has not been able to replicate his success of years back. However, his unique style has won him innumerable fans, within and beyond the country, and this album, Oso, is definitely one to check out.

Title: Make E No Cause Fight

Nigerian rapper, Ajebutter and his reggae/high life counterpart, BOJ, could well pass as a single music act. From their days of “Omo Pastor”, the two artistes have released quite a good number of hit collabos together, and only four months ago, they took it one step further.

On Friday, 18th May, 2018, Jungle Records announced the release of a 5-track EP project titled Make E No Cause Fight. The EP hosts songs like Taxi, Tungba, 24, Yawa and Amala.

Earlier this year, Fela Anikulapo Kuti’s son, Seun Kuti, released one of the most talked about albums of the year. The album, which was released on Friday,  March 2, 2018, was titled Black Times. It was a collaborative project of Seun Kuti and Egypt 80.

The album has a total of eight tracks. Some of these tracks include: Black Times (with Carlos Santana), Kuku Kee Me, Last Revolutionary, African Dreams, BML and three other tracks.

First Daze of Winter is a solo project, having no artiste on feature. Some of the songs on the EP include: Sisi Maria, Pon My Mind, Been Calling, Pulling Me Back and two other tracks.

This is an EP project from the house of TINNY Entertainment music group. The EP was a combined project of TINNY’s ace artistes, Ycee and Bella. It was released on Thursday, February 1, 2018.

Last Night Vibrations is a six-track EP. Some of the songs on the tracklist include: Tonight, Be There, All Night and others.