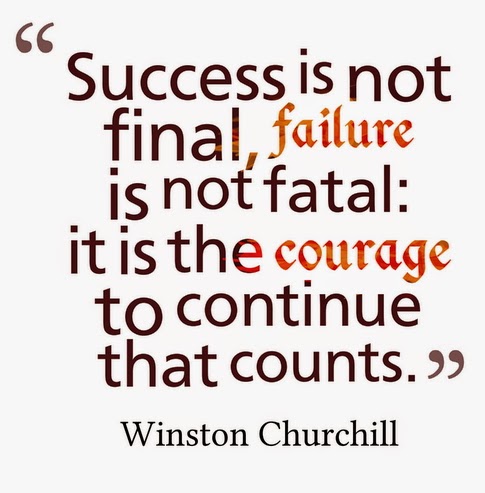 Today’s armies of life coaches and business gurus often seem to build their strategies on a fundamental bit of advice from the 6th-century bc Chinese general Sun Tzu in his treatise, The Art of War—“Know your enemy.” Not until we identify and understand the attitudes and conditions that threaten our success can we take the steps necessary to overcome them.

Lack of a clear goal.
“What often leads to failure,” says entrepreneur and consultant Joseph Ansanelli, “is (the absence of) a well understood, small set of very important goals.”
“If you don’t know where you’re going, you’ll wind up somewhere else.”—Yogi Berra

Lack of a plan.

It’s okay to dream of building castles in the air, but they won’t become realities without a realistic step-by-step plan for putting them there. Today we have space stations, but they didn’t just happen.
“He who fails to plan, plans to fail.”—Author unknown

Various things can contribute to lack of focus, including low motivation, a poor work environment, or being distracted by matters of lesser priority. Identify interferences and determine how to best deal with each.
“One reason so few of us achieve what we truly want is that we never direct our focus; we never concentrate our power. Most people dabble their way through life.”—Anthony Robbins

You can have a great idea and even a great plan for achieving it, but if you lack the necessary dedication or aren’t willing to put in the work, the idea and plan are doomed.
“Some people dream of success, while others wake up and work hard at it.”—Author unknown

Few things undermine initiative and progress worse than holding on to the way things have been done in the past.
“A closed mind is not only closed to outside thoughts, it is often closed to itself as well. It is closed to new thoughts and anything that threatens the status quo. But if you can open the doors, maybe just a crack at first, the ideas that have been patiently waiting at your gates will flood in.”—David Straker and Graham Rawlinson, How to Invent (Almost) Anything

If an idea is like a spark, enthusiasm is the wind that whips it into a bonfire strong enough to withstand the rain of adversity.

“Success consists of going from failure to failure without loss of enthusiasm.”—Winston Churchill