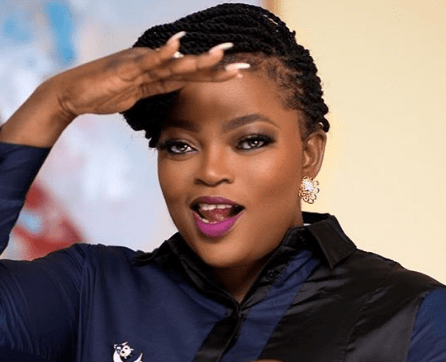 After shooting her directorial debut film, Your Excellency, top actress, Funke Akindele will on December 12 join producer, Mo Abudu in premiering the movie.

According to a close source, the actress is thrilled by the development.

Your Excellency tells the story of Chief Olalekan Ajadi, a bumbling billionaire businessman and failed presidential candidate, who is obsessed with Donald Trump. Just when his campaign looks set for another disaster, Ajadi is ‘anointed’ by a major party and becomes a credible contender, all through the power of social media.