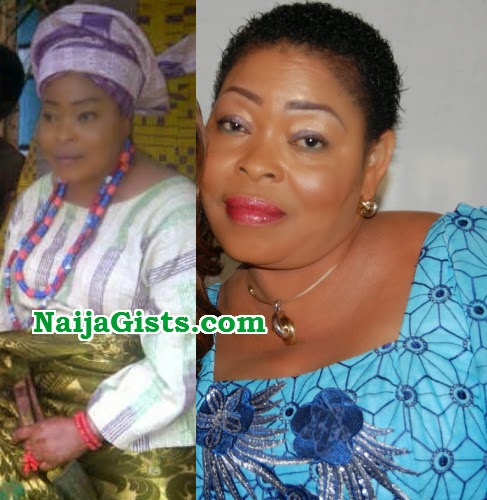 May 4, 2015 – Toyin Adegbola Asewo To Re Mecca Reveals Why She Didn’t Remarry After Husband Death & How She Joined Nollywood

Excerpts from a recent interview with Nollywood Actress Toyin Adegbola aka Asewo To Re Mecca.

I was a civil servant, a technician with the then Television Service of Oyo State (TSOS, now BCOS) when I was invited to be part of Ejo N’gboro by Alagba Tunbosun Odunsi. He noticed me during some of our in-house drama productions at the TV station when I co-presented a popular children show, Faogbonyo, with Lere Ajewunmi. It was also while at BCOS that I was invited to be part of Asewo to Re Mecca, one of the first home movie productions to be shot. Don’t forget that Ejo N’gboro was an optical movie.
When I got on the set of Asewo To Re Mecca, I was just told what to do, I had no idea that it would come out so well, and bring me such fame. One day, after completing work on the movie, I went to see Otunba Adebayo Salami (Oga Bello); who is my mentor, in his office, and I ran into the marketer of the movie. He was so impressed with my efforts that he gave me N5, 000. It was a lot of money at the time. Meanwhile, I was not even the real Asewo in the movie. I was only introduced to prostitution in the movie by the character played by Sola Sobowale. From then on, it has been Ajoke Asewo To Re Mecca, everywhere I go. Some people even call me Toyin Asewo.

Why I Chose To Stay Single After My Hubby’s Death

I chose to stay by my kids to see that they are well trained. Also, I do not want to intrude into any home.